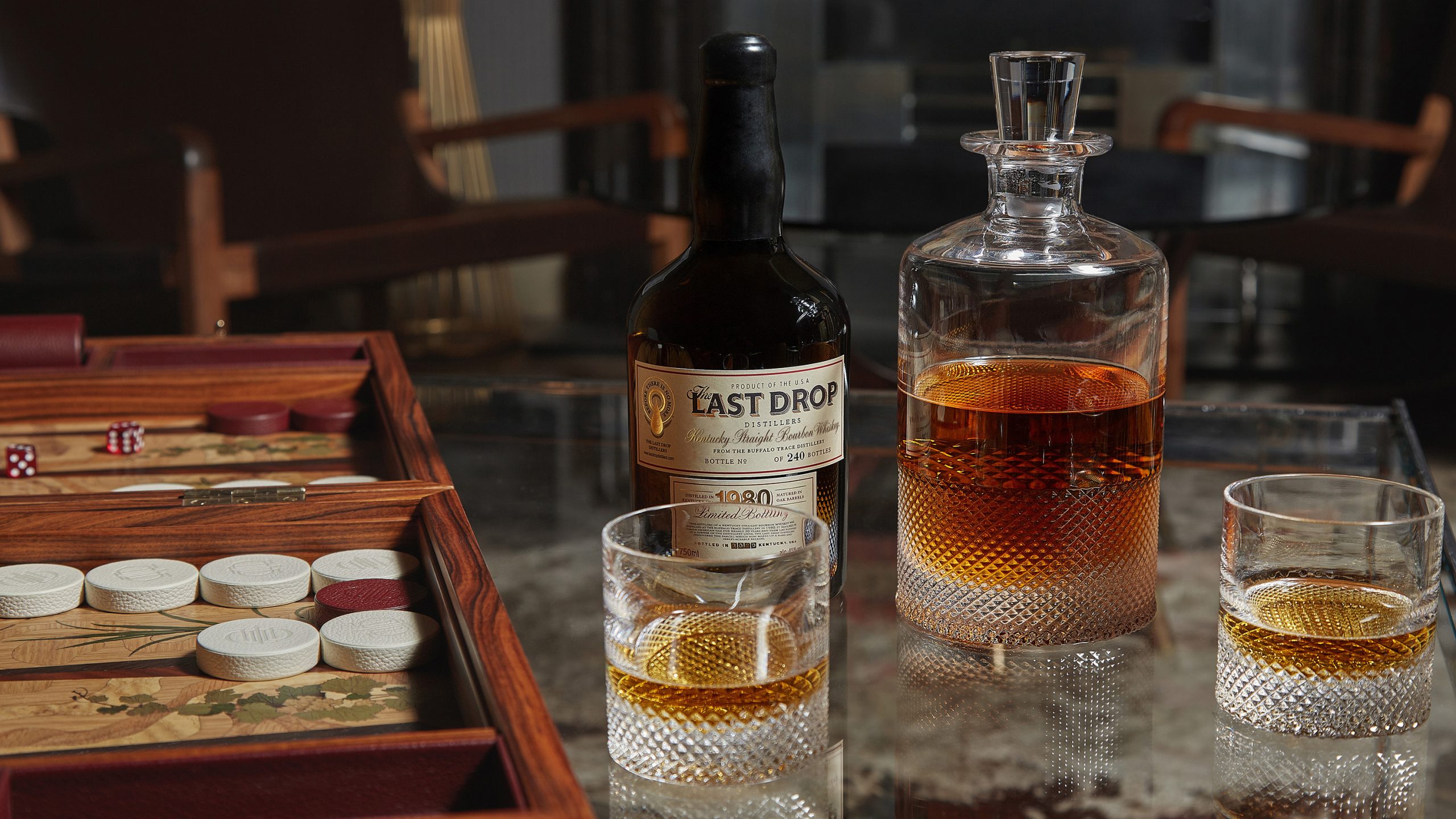 The Last Drop Distillers have announced their first Autumn Collection of rare aged spirits, which will featured a 1980 Buffalo Trace Bourbon, a 1976 “Overproof” Very Old Jamaica Rum, and a 1959 Vintage Grande Champagne Cognac.

The Last Drop Distillers Autumn Collection follows in the footsteps of parent company Sazerac’s annual Antique Collection. The extremely limited-edition spirits included in the inaugural edition are some of the rarest in the world.

The 1980 Buffalo Trace Bourbon Whiskey was distilled in 1980 at what was then George T. Stagg Distillery, now known as Buffalo Trace Distillery. In 1992, Sazerac Company purchased the Distillery in Frankfort, Ky, buying the whole site lock, stock, and literally barrel(s).

Hiding away in one of Buffalo Trace’s warehouses, a few barrels rested until a complete inventory was taken in 1998, at which point the barrels were 18 years old. For two years, the barrels remained in place, until at twenty years old they were vatted into stainless steel, which is a very common process distillers use to halt the aging effects of the barrel on the whiskey.

However, as Sazerac knows from its experience with prolonging its Sazerac 18 Year Old Rye Whiskey, the taste and characteristics will change over time. After another 20 years in stainless, Sazerac and The Last Drop are now releasing what they believe to be one of the finest Bourbons ever made.

Tasting notes describe the Bourbon as “the definition of flamboyant, with an orchestra of flavors, each flavor harmoniously mingled. It transforms miraculously from a dark chocolate, almond, leather, caramel and oak to a gentle warming spiciness, concluding with a virtual symphony on your palate.”

The 1980 Buffalo Trace Bourbon Whiskey is release number 19 from The Last Drop and its second bourbon release, both of which hail from Buffalo Trace Distillery. Coming in at 45% ABV, only 240 bottles of the ultra-rare bourbon are available worldwide and will be priced at $4,600.

The 1976 “Overproof” Very Old Jamaica Rum is The Last Drop’s 20th release, but its first rum, and has had a voyage from west to east. Starting life in the south of the island of Jamaica, this Rum journeyed from its home in the Caribbean across the Atlantic Ocean, before landing in the famed port of Liverpool, home to some of the oldest rum and tobacco warehouses in the United Kingdom.

Distilled from pure sugar cane in 1976 and put into ex-bourbon barrels to begin its long maturation, this rum spent its formative years at home in Jamaica, soaking up the tropical heat which contributes so much to the character and flavor of Caribbean rums. However, the extreme temperatures also mean that rum will mature – and evaporate – rapidly. After several years enjoying the warmth of Jamaica, this barrel, along with many others, was loaded onto a ship that set sail for the west coast of Britain – Liverpool. There, in a cool setting, with the salty tang of the Irish Sea blowing through the warehouses, the Rum settled down to begin a long, unhurried maturation.

The 43-year-old Rum from the Last Drop Distillers Autumn Collection offers the richness of a classic Jamaica Rum, and the smoothness that comes with great age. Bottled at 67.9% ABV, only 183 bottles of the 1976 “Overproof” Very Old Jamaican Rum will be available worldwide and are priced at $3,400.

The 1959 Vintage Grande Champagne Cognac is The Last Drop’s smallest release to date.  The single cask of vintage Cognac matured for over 60 years in its original barrel, but the angels have been exceedingly greedy, and only enough for 21 bottles remained.

The Last Drop Distillers Autumn Collection will be available beginning in November. As with all of The Last Drop releases, each bottle comes packaged with a signature 50 ml miniature and pocket-sized tasting book with additional pages for personal tasting notes.