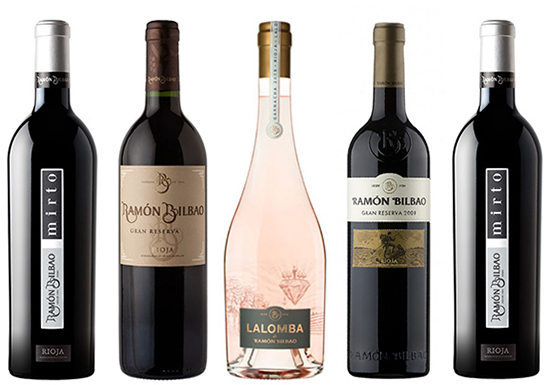 Ramón Bilbao has announced the launch of their inaugural US public relations campaign.

Founded by its namesake in 1924 in Haro, Spain, the heart of Rioja, the winery has played a pioneering role in the development of the DOCa.

Teuwen Communications has been named as the wine brand’s US agency of record.

Head Winemaker and Managing Director, Rodolfo Bastida, has led the team to produce fresh and modern styles of Rioja wines with a deep commitment to terroir, site-specific vineyards and the pursuit of innovation.

The US campaign will focus on the Ramón Bilbao Rioja wines currently in the market as well as Albariño from Rías Baixas. In addition to the classic Rioja trilogy (Crianza, Reserva and Gran Reserva) and a Garnacha/Viura blend rosé, the brand’s offerings include Mirto, a limited production old-vine 100% Tempranillo aged in French oak and only produced in the best years, and Limited Edition, the “second wine” of Mirto.

Named one of ‘The World’s Most Admired Wine Brands” in 2021 for the third year in row by Drinks International, Ramón Bilbao is Spain’s leading on-premise Rioja brand and the number one appellation wine brand in value in that market (Nielsen Spain).

Embracing the adventurous spirit of its founder and expanding the winery’s offering beyond the classic Rioja categories, Ramón Bilbao has launched the Lalomba collection of single-vineyard wines. The Lalomba wines highlight the brand’s devotion to terroir in Rioja and will be arriving on US shores next year.

Sustainability is also at the heart of the winery’s philosophy. Certified by the Wineries for Climate Protection organization, which has 24 member-producers in Spain, Ramón Bilbao has already reached its target in the four basic pillars of sustainability: reduction of greenhouse gases, energy efficiency, water management and reduction of waste. The winery is committed to continued strides in all areas.

“The US is a key market for Ramon Bilbao. We hope our wines will inspire American wine lovers to further their exploration of Rioja and Spain or embark on a totally new wine journey.”