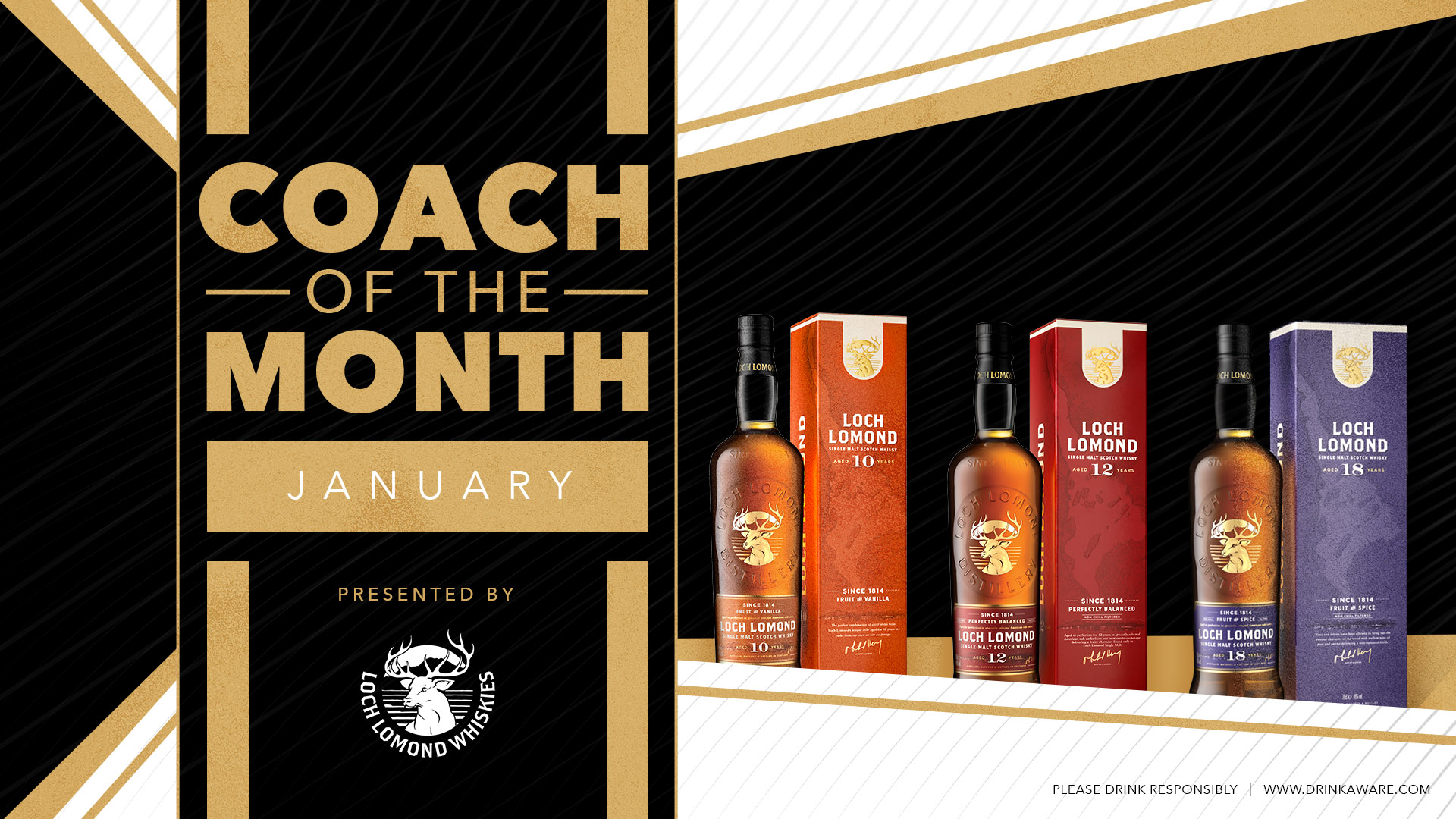 The Spirit of PRO14 Rugby has launched its inaugural Coach of the Month award presented by Loch Lomond Whiskies. The accolade celebrates the excellence achieved by the winner and their team’s successes over the previous month which mirror the spirit of the Alexandria-based distiller.

Beginning in January 2021, Loch Lomond Whiskies is asking fans to vote for their PRO14 Rugby Coach of the Month. Nominees will be put forward by PRO14 Rugby’s podcast “Under the Sticks,” who will explore those coaches who have demonstrated the spirit to drive their teams to success, with key characteristics such as passion, innovation, inspiration and teamwork.

“Our tournament provides so many challenges where our coaches must blend tactical and technical nous, a savviness in the recruitment market and ensure they are bringing through the next generation of international talent to the PRO14 while also managing some of the biggest talents in the game,” said David Jordan, Tournament Director, PRO14 Rugby. “As a result, we have some very innovative coaches in our tournament and in partnership with Loch Lomond Whiskies it’s terrific that we can highlight their successes on a monthly basis.”

The first Coach of the Month Award, presented by Loch Lomond Whiskies will be announced on Friday February 5th.

Lost month, Loch Lomond Whiskies announced they had agreed to a new global partnership and sponsorship deal with PRO14 Rugby, which includes the inaugural “Rainbow Cup” featuring teams from Scotland, Ireland, Wales, Italy, and now South Africa. The Whisky brand will become the Official Spirit of PRO14 Rugby for the next three years.