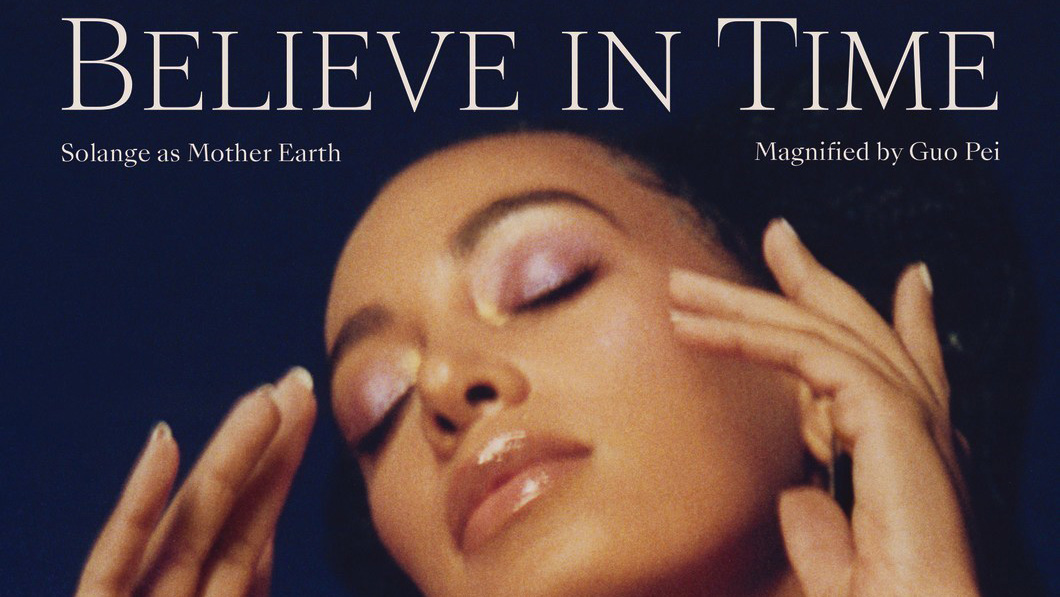 Louis XIII Cognac is expressing its unique relation to Time by paying tribute to Mother Earth in its latest project, Believe in Time, a new film. The film is led by GRAMMY Award-winning singer, songwriter and visual artist Solange Knowles, who also composed an original piece of music for the project, in collaboration with Chinese couture designer Guo Pei, and French-Senegalese Cannes Festival’s Grand Prix winning director Mati Diop (“Atlantics”).

Louis XIII Cognac is delighted to collaborate with these three iconic female artists who are all changemakers in their respective fields. They worked together to bring the concept, Believe in Time, to life.  As a result, “the campaign stands as a meeting point: it’s the convergence of individuals, of artistic visions, of creative fields and of cultures,” says the brand.

“Time and space are really at the foundation of my expressions,” said Solange. “I’m a strong believer that the space and time surrounding our work is just as important as the work itself, and world making has been a part of my practice for quite some time now. These ideas align with what is being expressed with Louis XIII’s creation, Believe in Time. The question of time is always in my container of consciousness while creating. In most of my own work, whether it be music, film, or sculpture, I try to give thought on how future generations will discover it; and so, to be aligned on these ideas gave me great interest in the type of projects Louis XIII has been creating. I’ve been a huge fan of Mati Diop’s “Atlantics”, and Guo Pei’s incredible craftsmanship and jumped at the conversations to collaborate with them. Being able to bring all of these facets of creation by composing an original musical score really brought this project to life.”

Ornamented in Guo Pei’s piece of art, and incarnated by Solange, Mother Earth is the perfect embodiment of what time is able to create over the centuries. It took more than two years for the Chinese Couture artist to imagine and create Mother Earth’s garment, sourcing the most precious fabrics, rocks and metals, and using Chinese ancestral techniques for the embroideries. “I aim to create heirlooms to be handed down from one generation to the next. With posterity in mind, I picture my creations as eternal, and precious objects that will connect our present with the future,” says Guo Pei.

The film – imagined and developed by creative agency Fred & Farid Los Angeles – reminds us of the human being’s place in the universe, and the infinite time it takes for great things to happen. It takes the audience through the birth of the universe, the time it took for the Himalayas to be formed, the time for humans to stand up and control the use of fire, the time it took to fly and the age of the oldest tree on earth “Methuselah.” Solange’s music gives pace to this narrative.

Mati Diop and Solange Knowles spoke extensively about creating an artistic film that celebrated the process- Solange Knowles honing in on all the ways it could be interpreted sonically. The featured original track was built in real time: starting with one instrument, adding another layer, building upon all of the sonics and textures, the process building up to the larger idea that flourishes, culminates and embodies the feminine spirit of Mother Earth.

With this artistic creation, Louis XIII cognac reaffirms its commitment to craftsmanship, quality, beauty, and human made creations. In an accelerating, frenetic, impatient period of time where everyone is trapped in scaling up, industrializing and mass producing, Louis XIII strongly believes in the opposite, quality over quantity. Time over instant gratification. Slow pace over precipitation, such as Mother Earth, a perfect illustration of those values.

To discover the creation, Believe in Time, and the artistic campaign, visit the Louis XIII website.

Last July, Louis XIII launched the ultra-rare red decanter N°XIII to some of the world’s most exclusive nightclubs.