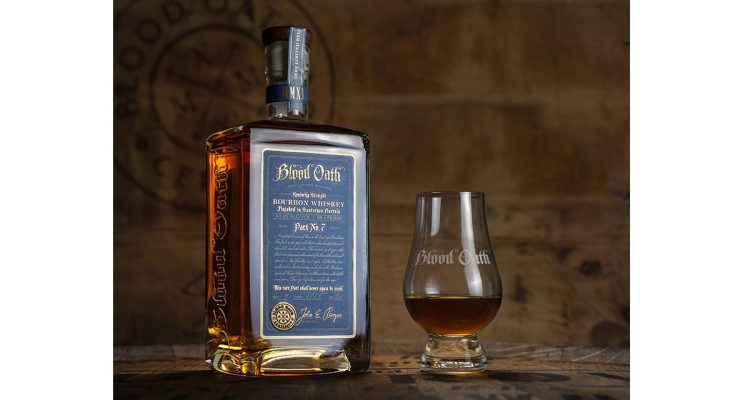 “Finishing in a Sauternes cask brings additional tasting notes and flavor to the bourbon,” said Rempe. “In the case of Pact 7, expect a nose of caramel, oak and spice with flavor notes of apricots, honey and peaches. The balance of sweetness and spice is what sets this bourbon apart.”

The Blood Oath concept was created in 2014 by Rempe, who had an idea to make an exceptional blend of Kentucky straight bourbon whiskey using three unique Bourbons. He named the series Blood Oath, because he vows to be the only one who knows where these Whiskeys have come from.

“Creating an extraordinary and unique blend of Kentucky straight bourbon whiskeys is at the heart of the Blood Oath series,” said Rempe. “Pact 7 continues this tradition, and the result is a secret I can’t wait to share with bourbon lovers.”

Available at retail starting mid-April, Blood Oath Pact 7 has a limited allocation of just over 17,000 cases at a suggested retail price of $99.99 per bottle.