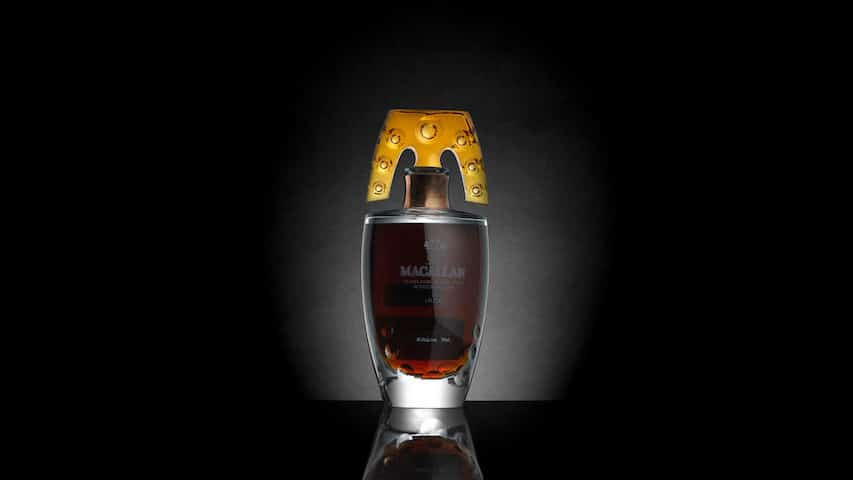 “Released in 2007, the 55-year-old was the second in the famous Macallan Lalique Six Pillars collection and is much sought after by collectors around the world both for its rarity and quality,” explained Martin Green, Bonhams Head of Whisky in Edinburgh. “We had anticipated stiff competition for the decanter and were not disappointed.”

The sale occurred at 22 Queen Street, Edinburgh Date on Tuesday 7 December at 11 am. For more information, head over to Bonhams’ official website.

Macallan has dominated the top of the whisky auction for some time now. In March, a specialty lot comprising a one-of-a-kind bottle of 1967 whisky from The Macallan Anecdotes of Ages Collection created in collaboration with British pop artist Sir Peter Blake auctioned for $437,500.

In February, The Macallan 1926 Fine and Rare set a new record for most expensive bottle of whisky, or any spirit, as it went for $1.4 million. Last month, the Scotch brand added The 1990 Edition to its Fine & Rare Collection.