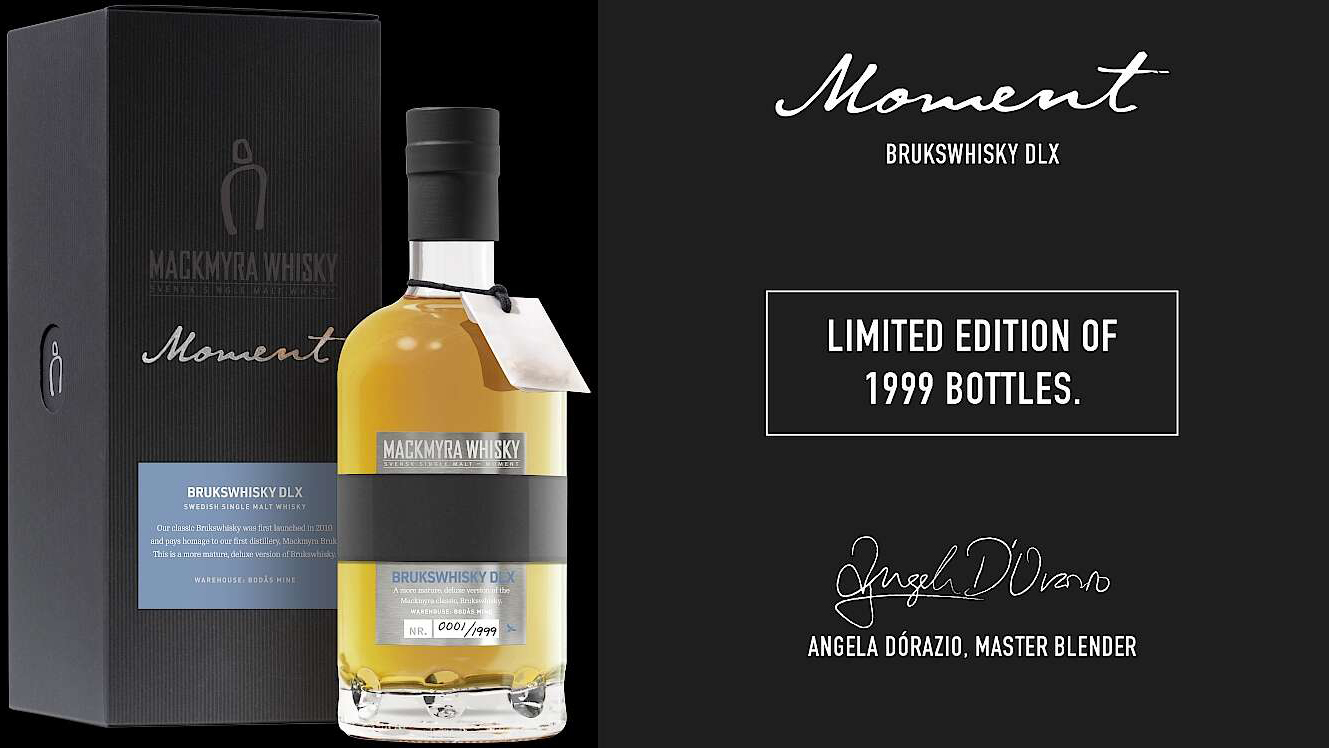 Mackmyra has unveiled the latest addition to its Moments series, Mackmyra Bruks DLX. The new whisky from the Swedish distillery will join the series on June 9.

Mackmyra Bruks DLX is luxury version of the distillery’s Brukswhisky and pays homage to the company’s original distillery in Mackmyra Bruks. It was aged for 9 to 14 years in the Bodås Mine in a mix of ex-bourbon barrels, freshly saturated oloroso casks, and Swedish oak barrels and married by Master Distiller Angela D’Orazio.

“Brukswhisky has always had a place close to my heart. To be able to present this edition that is so typical of Mackmyra, is a celebration to the original, but also stating that we are an established distillery. This is big. With increased age and longer period in casks the complexity is also elevated, but with a reinvigorated freshness and fruitiness,“ says D’Orazio.

On the nose, the whisky offers soft vanilla notes with caramel, honey and chocolate, along with finely roasted, bready notes of oak and spicy herbs with light tobacco leaves, leather, white pepper and eucalyptus. The palate buttery vanilla caramel flavors, ripe pears and citrus, alongside soft, herbal spices with anise and pepper, light notes of roasted oak, peat and juniper.

In December, Mackmyra unveiled another addition to the Moment range, Körsbärsrök, which translates to Cherry Smoke. The offering joins the line that showcases the Swedish Distillery’s most exclusive casks in very limited editions.

In March, Mackmyra unveiled Björksav, a whisky finished in birch sap wine casks. The new offering is a limited edition spring release and was made available at retailers across the globe in March. Bottled at 46.1% ABV, just 15,000 bottles of Mackmyra Björksav were made available and are priced at £59.90 ($83 USD).