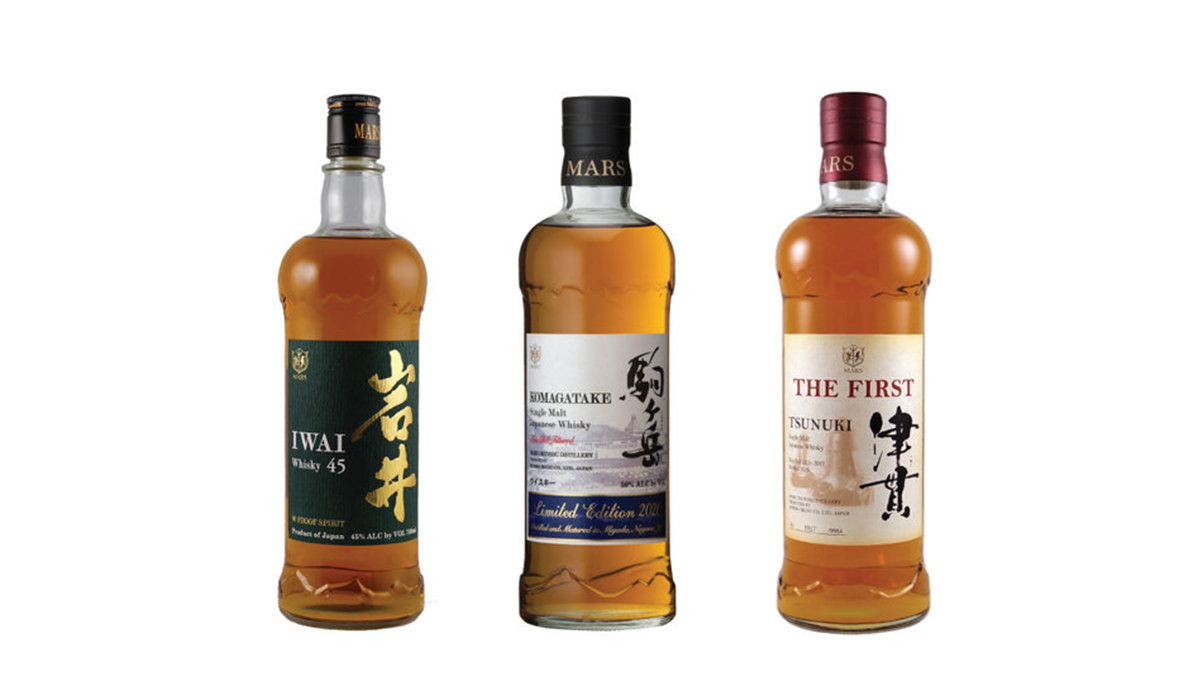 Mars Distillery has launched three new Japanese Whiskies in the United States: IWAI 45 (pronounced “E-Y”) a Bourbon-style Japanese Whisky that’s lighter in color and perfect for cocktails; Komagatake 2020, a premium single malt Whisky aged for over three years in sherry casks and American White Oak barrels; and Tsunuki the First, the first release from the southern distillery which benefits from the area’s warm and humid aging climate.

Mars’ newest distiller, Koki Takehira says the Mars team never does things simply when they can make them interesting, creating endless possibilities for the brand. “Japanese people like to consider the smallest details. As a result of this inquiring mind, we create something new. That is our craftsmanship.”

IWAI 45: Inspired by America’s Great Whiskies, with a Higher ABV

IWAI Whisky is named for Kiichiro Iwai, the silent pioneer of the Japanese whisky world. The most recent release, IWAI 45, has an increased ABV of 45%, providing a sharp backbone that shines in cocktails with a stiffer Japanese spirit base. The IWAI line also features the flagship blue label IWAI, mostly corn followed by malt and a hint of rye aged in ex-Bourbon barrels, and IWAI Tradition, a blending of sherry, bourbon, and wine casks with a dash of peat. All are available nationwide online at Total Wine, Caskers, and Astor Wines for the price of $34.99.

This year’s label of the annual release celebrates the opening of the reconstructed distilling site at Mars Shinshu distillery. Komagatake 2020, a single malt aged for over three years in sherry casks and American White Oak barrels, displays notes of prune, honey, and vanilla on the nose and sweet orange and cocoa powder on the palate. With a beautiful amber hue and long, gentle, sweet finish, this whisky is a delight. It’s priced at $169.

The much anticipated first release from Mars’ southern distillery, Tsunuki the First is a single malt aged for over three years in bourbon barrels and sherry casks. Tsunuki is the birthplace of Mars’ Hombo family, and its sea level location results in higher humidity and fluctuating temperatures. This experiment with terroir has produced a rich whisky with an elegant sweetness like vanilla and maple syrup. It costs $219.99.

“It is very exciting to see the evolution of Mars as a producer, coming into this new decade,” says Kris Elliott, co-founder, High Road Spirits. “With IWAI 45, we have an innovative take on an American classic. Komagatake 2020 is one step closer to Mars having a house single malt, and for Tsunuki the First, we see a return to the origins of Mars’ whisky making which began in 1949.”