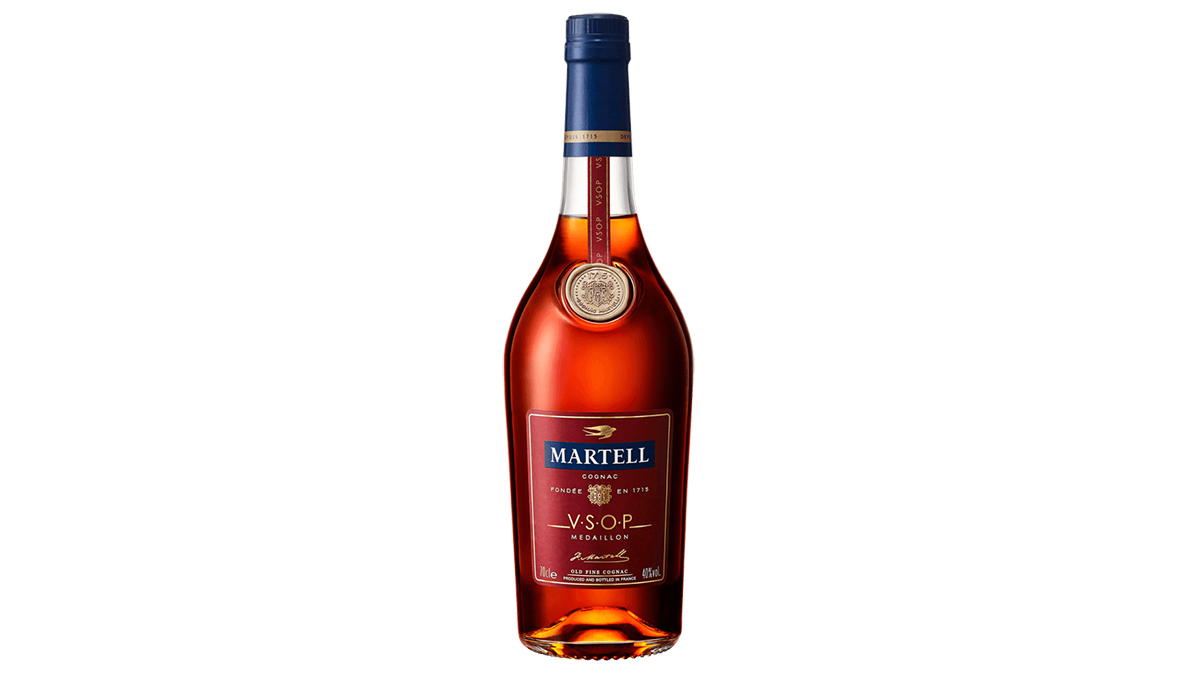 Martell VSOP Medaillon is distinct from the other Cognacs from this Penot Ricard-owned house. It’s a celebratory blend that bears a gold medallion–hence the name–engraved with the portrait of Louis XIV and commemorates the birth of the House of Martell in 1715.

Unlike most of Martell’s line, which emphasizes the Borderies region, the VSOP gives weight to eaux de vie from Fins Bois and Petite Champagne. In total, four of six Cognac crus are used in the blend, which then matures in Tronçais oak. All the eaux de vie are between four and seven years old with the average being closer to six years.

On the nose, bittersweet lime and liquorice meet aromas of quince, raisin and plum with notes of oak and hazelnut. The palate is round and soft with crystallised-fruit notes. An ample body leads to a long finish.

It’s Cognac that can be enjoyed neat or on the rocks, but also adds depth to a cocktail. If you’re looking to mix something up, the house recommends the Float

Place a few ice cubes in a glass. Pour in the sparkling soft drink. Float the Martell cognac by placing the back of a spoon over the soft drink and slowly pouring the cognac onto the spoon. Garnish with a citrus twist.

Founded by Jean Martell in 1715, Martell is one of the original Cognac houses. From the start, the house has given specific attention to the grapes from the Borderies subregion and the use of Tronçais oak for its casks. This differentiates it from many other French Brandies, who focus on eaux de vie made from grapes grown in Fine Champagne (the Grande Champagne and Petite Champagne regions). The House was purchased by Seagram in 1987, which was in turn bought by Pernod Ricard in 2001, who now owns the brand.