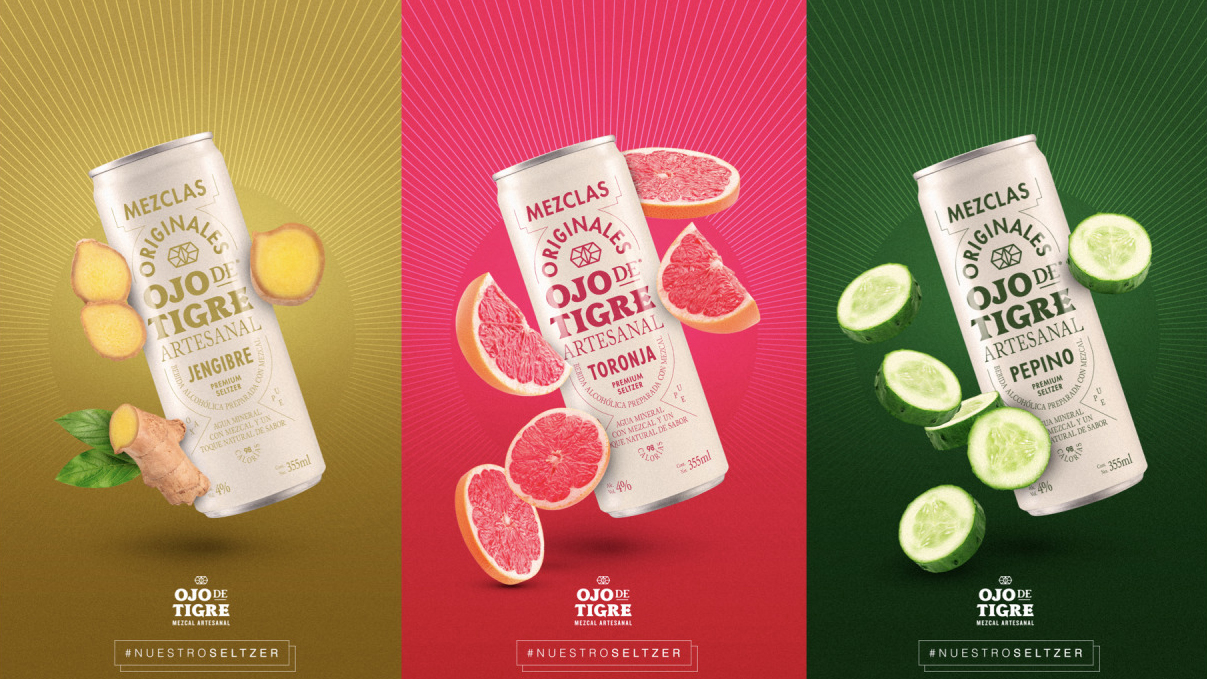 Mezcal Ojo de Tigre has launched a line of premium hard seltzers called Original Blends. Founded in 2018 by Luis Gerardo Méndez, Sebastián Sas, Jorge Mondragón, and Cory Crespo, the company is one of the fastest growing brands in the Mezcal sector.

“I am very excited to finally introduce our Premium Seltzer in three delicious flavors,” commented Luis Gerardo Méndez. “Made with our Ojo de Tigre mezcal, unlike others that are made with wine or cane alcohol, try them and tell me.”

The trio of hard selters Mezcal Ojo de Tigre hard seltzers will initially be available in Mexico and can be purchased via Amazon. In the near future, the brand hopes to place the cans in convenience stores such as Oxxo, 7 Eleven and supermarkets such as Walmart and La Comer , as well as other online platforms such as Mercado Libre. There is no word yet on when they will hit the American market.

Ojo de Tigre is a small-batch, artisanal Mezcal crafted according to ancient traditions. Only sustainable agave from the Tobala and Espadín plants are used, creating a smooth, sweet and herbal taste profile that can be savoured neat or in cocktails. Ojo de Tigre is available in both Joven and Reposado varieties.

The Producer Mezcal Debuts With Ensamble And Tepeztate Bottlings