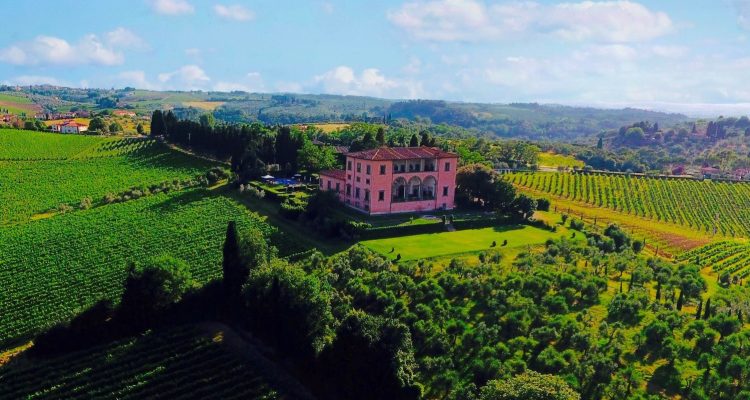 Villa Mangiacane, a hidden masterpiece in the heart of Tuscany designed by Michelangelo, is set to begin producing a new organic Super Tuscan Wine.

Mangiacane’s new winery director, Antonio Spurio is a student of the great enologist, Carlo Ferrini, with whom he collaborated for about 17 years.  Spurio noted that, “Besides growing Sangiovese and continuing with the great wines produced in these parts, I am convinced that this is the perfect area to create a new Super Tuscan made of Cabernet Franc. We can only anticipate that the grapes will follow a very natural vinification process, and the idea is to cultivate perfect grapes, so they do not need any additional techniques in the cellar.”

Spurio added, “The transition to organic cultivation is essential. We want to have a balance as natural as possible with the nature surrounding the estate.”

Mangiacane’s rich history dates back to the late 14th century. The villa was built by the Machiavelli family and designed by Michelangelo, the famed Italian sculpture, painter and architect of the High Renaissance. Because of the historical significance of the villa’s initial owner and architect, the original building plans for improvements are housed at the Uffizi Gallery in Florence. The Machiavelli family sold the villa in 1646 to the distinguished aristocratic Mazzei family who were the premium wine producers at the time and continue to be.

In 2001, the property was acquired by its current owner, who invested in a multi-million dollar renovation plan to restore the villa to its former splendor. The restoration was completed in 2007, and the villa opened its doors.

Current owner Glynn Cohen is known for his support of The Friends of Florence, and in particular, the renovation of Michelangelo’s The David in the Academia in Florence where there is a plaque mentioning Mangiacane.

Mr Cohen welcomed this move noting, “We will begin the conversion to organic farming immediately. It is the only way to leave our children better land, rich in biodiversity and free of pollutants.” There has been no mention on when we Mangiacane will release its organic Super Tuscan Wine.