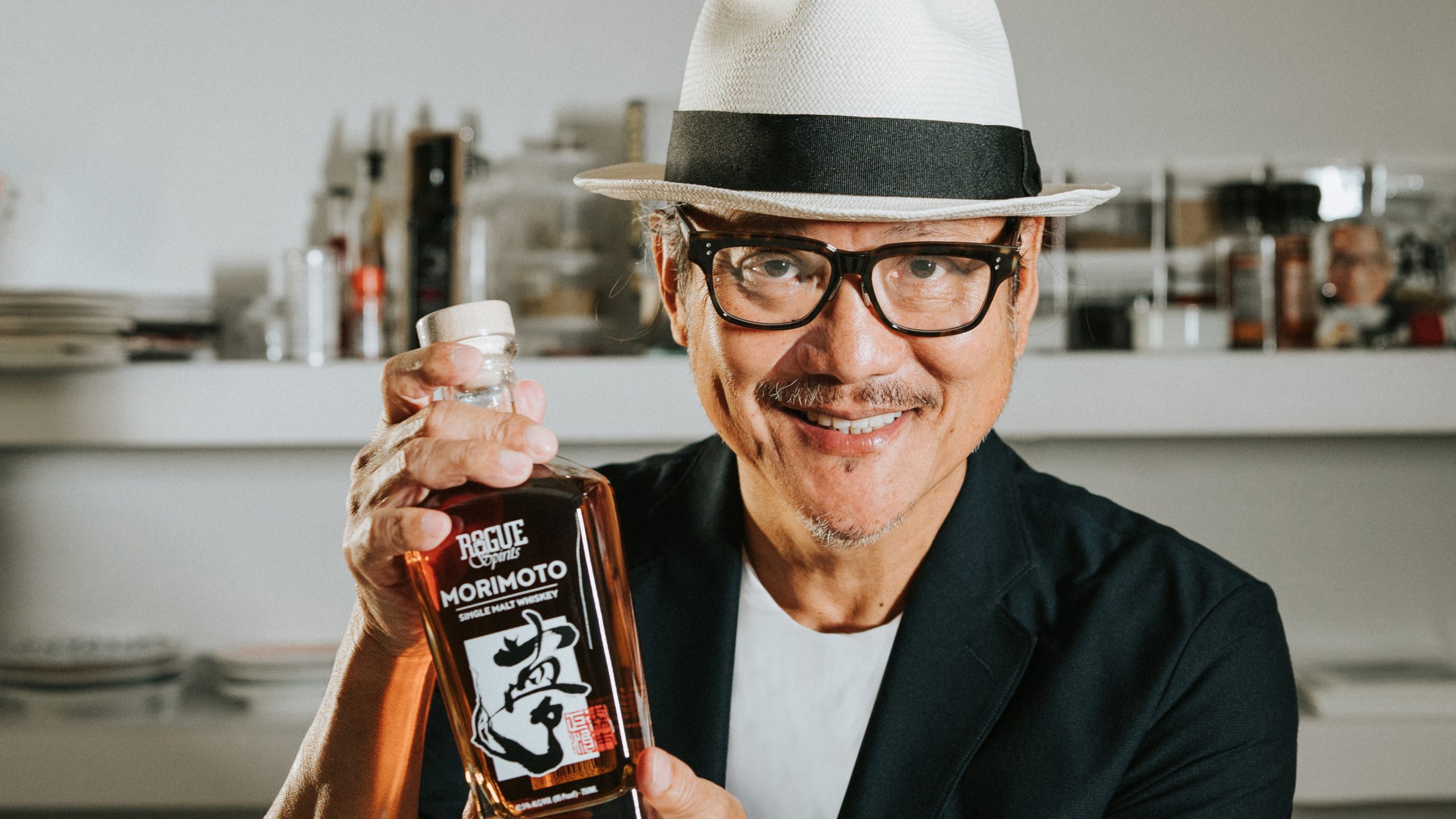 Rogue Ales & Spirits and Iron Chef Masaharu Morimoto have collaborated once again, this time on Morimoto Single Malt Whiskey. The Oregon-based beer and spirits maker and James Beard Award winning Chef have worked together on a variety of projects since 2003.

According to the distillery, the Whiskey “provides spicy aromas on the nose with subtle smoke and hints of coffee, chocolate, cocoa and dried fruit. On the palate, the prominent soba nut flavor melds with the distinct dark cocoa, toffee, coffee and vanilla provided from the Imperial Stout and subtle smoke from the Rolling Thunder barrels.”

“It has been an honor to work with Chef Morimoto for nearly 20 years to make unique and interesting beers and spirits,” says Dharma Tamm, Rogue President. “This new single malt whiskey is no exception – the combination of Morimoto Signature Imperial Pilsner and Black Obi, Rolling Thunder barrels and distiller selected proof make this something truly special. It has been a labor of love that we’ve spent years making.”

“My relationship with Rogue Ales & Spirits goes back nearly two decades and is the longest partnership of my career,” said Chef Morimoto.  “The Morimoto-branded beers have been guest favorites in my restaurants around the world, and I’m very excited to introduce this very special single malt whiskey to them this year.”

Morimoto Single Malt Whiskey comes in at 42.5% ABV proof and will be available for sale at Morimoto restaurants, Rogue pubs, and retailers around the United States.