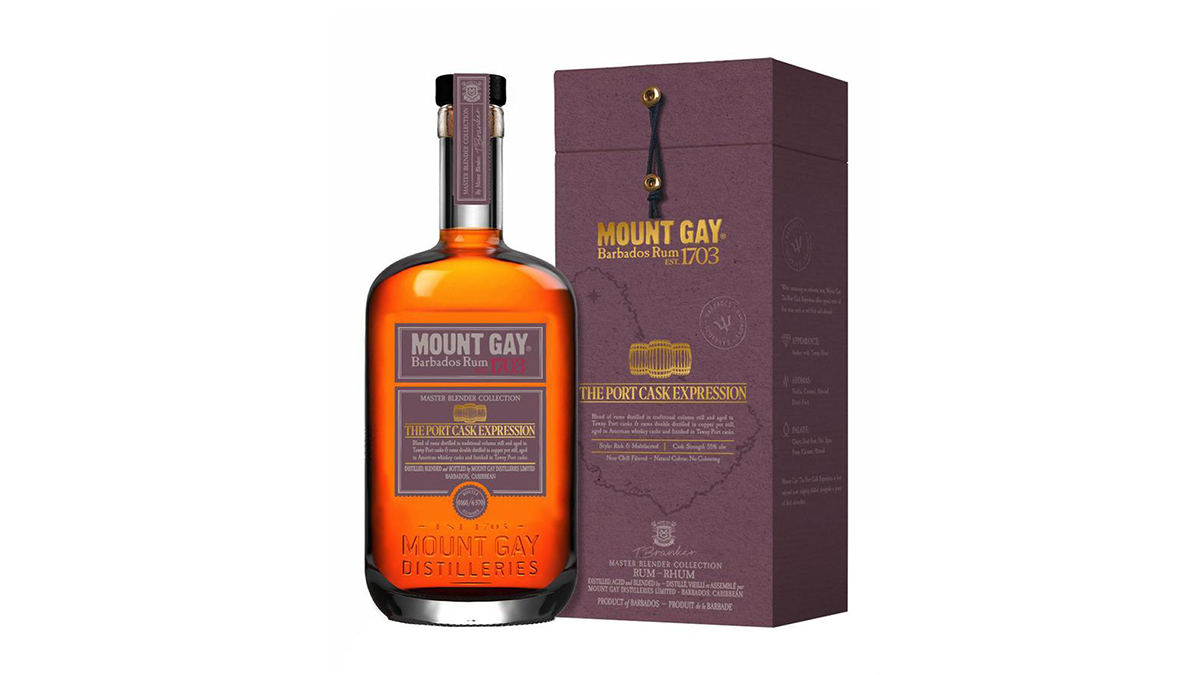 Mount Gay has unveiled the Master Blender Collection: The Port Cask Expression. The third limited-edition Rum in exclusive series that celebrates the world’s oldest running Rum distillery, this is the first time in history the brand has incorporated the use of Tawny Port casks.

“For this expression, I wanted to take our rum making to another level and utilize a cask that we don’t typically work with at Mount Gay, while still remaining true to over 300 years of brand heritage,” stated Branker. “After trying different casks and evaluating the resulting flavors, I selected Tawny Port casks for the bold expression of notes typically found in Port. I am thrilled to release this rich and multi-faceted rum, as well as create something unique and different as part of the Master Blender Collection.”

The resulting liquid features aromas of vanilla, caramel, almond, and dried fruit. The palate offers flavors of  cherry, dried fruit, oak, spice, prune, currents, and almond. According to those behind it, the Rum is best enjoyed neat with dark chocolate.

The Master Blender Collection debuted in 2018 with XO: The Peat Smoke Expression created by former Master Blender Allen Smith.
Bottled at a cask strength of 55% ABV, the Mount Gay Port Cask Expression will be limited to 2,100 750ml bottles in the United States and is currently available for presale on ReserveBar and then nationwide at select retailers for $175.