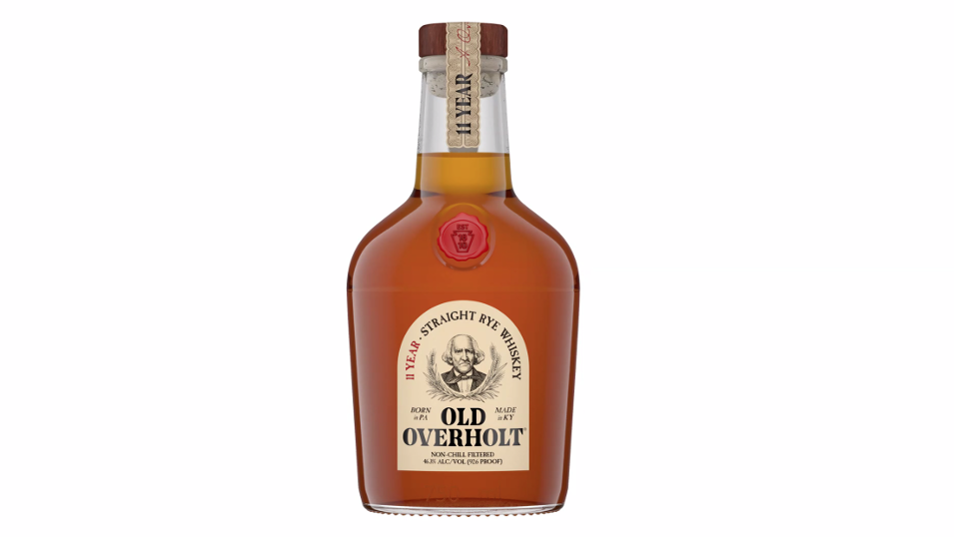 Old Overholt 11-Year-Old Straight Rye Whiskey will hit shelves in Ohio and Pennsylvania this fall. And after that, this limited edition will be done for good. The Beam Suntory-owned brand has finally been receiving some attention from the spirits giant and have seen some changes to their flagship bottling and its bottled-in-bond counterpart. Now the one-time Rye is set to join the roster.

The 11-Year-Old release is expected to hit shelves in early October. The non-chill filtered spirit comes in at 92.6-proof and is made to be sipped. Notes of soft vanilla nd subtle caramel subdue the Whiskey’s heat and grain spice throughout the tasting processes, and it has finish is long and complex. The high-corn mashbill is similar to all the other products in the Old Overholt range—which will also soon include a 114-proof, four-year-old Rye.

Unlike the recently redesigned flagship bottling, bottled-in-bond expression, and coming 114-proof four-year-old Rye, the Old Overholt 11-Year-Old Straight Rye Whiskey is a one and done offering. The limited edition spirit will retail for $74.99 and only a total of 7200 will be made available. Those bottles will only be available in Ohio and in the Whiskey brand’s birth state, Pennsylvania.

Jim Beam (now Beam Suntory), bought the label in 1987, and until recently pretty much left it to its own devices. Now, the Japanese-American juggernaut seems read to thrust the beloved American Rye to the next echelon in Whiskey consumption.

Rye has been gaining popularity over the last several years and has seen a particular uptick in interest in 2020. It’s been a busy summer for the Whiskey style already this summer, with multiple brands unveils new expressions. Earlier this month, Four Gate Whiskey announced the edition of River Kelvin Rye to their range. A few days earlier in July, Wild Turkey Rare Breed Rye joined the Campari-owned Kentucky Whiskey brand’s stable.