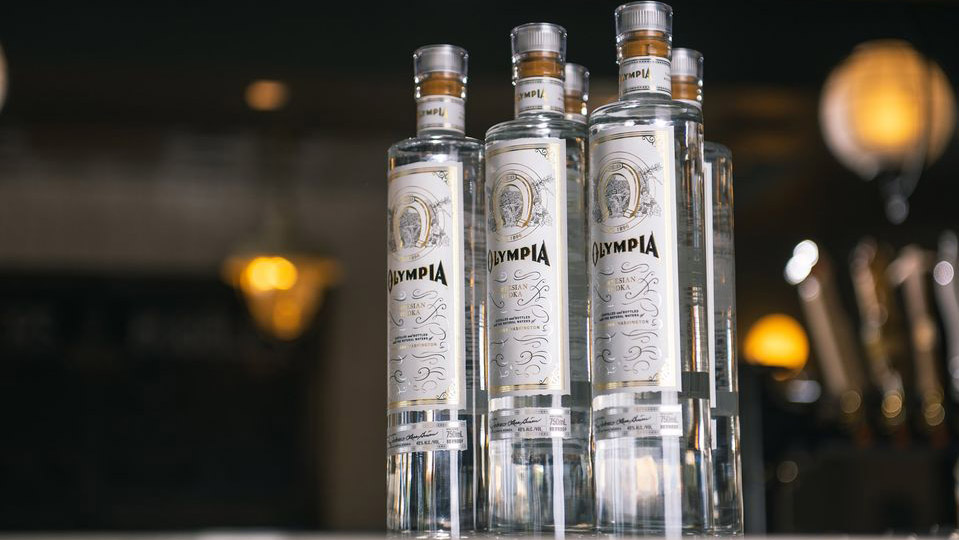 The minds behind Washington’s famed Olympia Beer have stepped into the spirits world with the release of Olympia Artesian Vodka. The new Vodka is produced in Tumwater, Washington using the artesian water aquifer located beneath the town that gave birth to the Olympia Brewing Company.

Olympia Artesian Vodka owners Ray Watson and Lesa Givens teamed up with Pabst Brewing Company–the current owners of Olympia Beer–to release the new spirit. The brand was initially supposed to hit shelves in March, but then COVID-19 hit. Putting their launch on hold, they began making hand sanitizer instead. Now things are back on track and the bottle has arrived at markets.

The Vodka is distilled and blended with the same artesian water as Olympia Beer used to be. The water flows directly down from the Cascade Mountains and passes through layers of bedrock on its way to Tumwater’s aquifer. There, the water undergoes a process of natural filtration, while collecting various minerals and electrolytes, creating some of the purest water on earth and giving it a truly singular taste and character. Due to the importance of the water in the spirit making process, the brand donates a portion of its profits to local charities that support and protect waters in the Pacific Northwest and around the world.

“The Olympia brand obviously started off as a beer brand and I think what we’re doing here with the Olympia Artesian Vodka is bringing it to the next generation,” Givens told KIRO 7.

Just a couple days ago, the Vodka picked up a silver medal at the New York International Spirits Competition.

Coming in at  40% ABV, the Vodka is available in 750mL bottles throughout Washington via Drizly (select markets) and various other stores throughout the state. In September, the brand will begin distribution in Oregon, and California can expect its arrival in 2021.