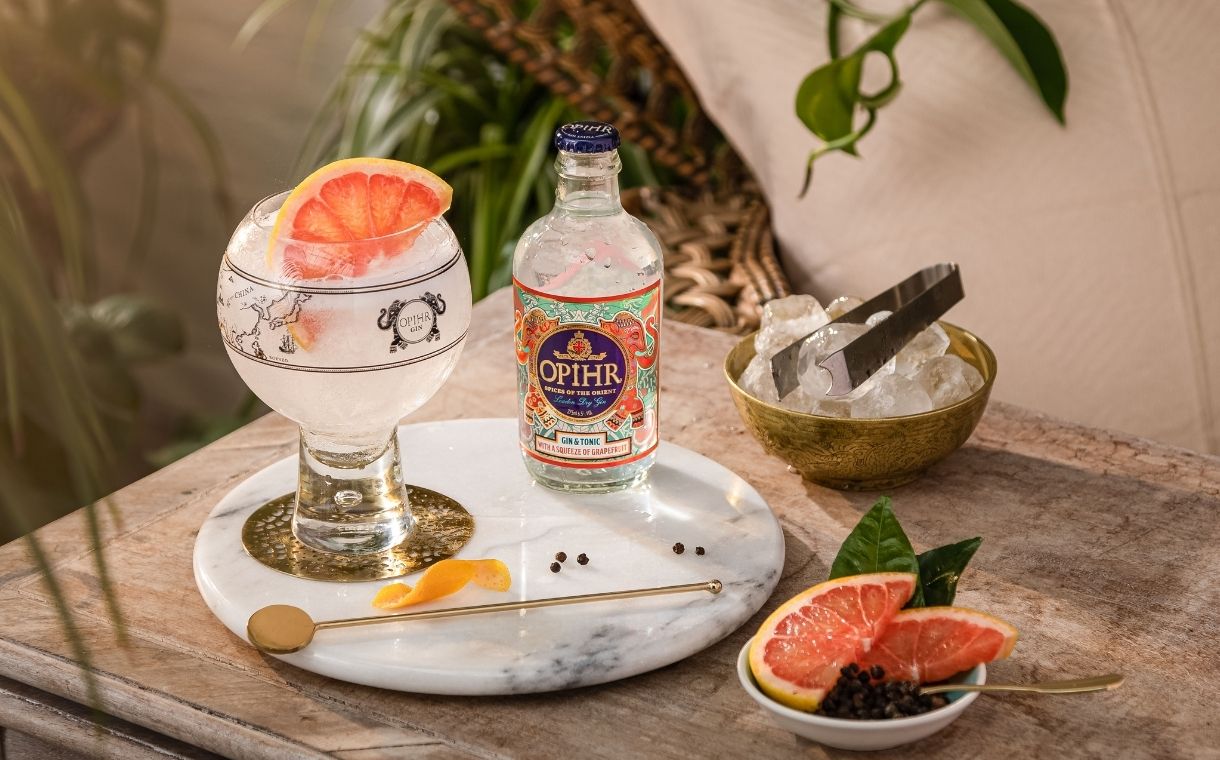 Opihr Gin has added to its ready-to-drink (RTD) gin and tonic range with a brand new grapefruit flavor.

Each of the bottles features an ornate design inspired by Opihr’s connection to the ancient spice route where its hand-picked botanicals are sourced.

“With warmer weather arriving, more and more consumers will be staying local and socialising outdoors. The new Opihr G&T with Grapefruit will help meet this growing demand,”

“Drinkers can now taste the flavours of the ancient spice route by trying all three variants that were inspired by ingredients in key destinations from east to west along the route – pomelo grapefruit from Southeast Asia, Indian ginger and Spanish orange.”

With an RRP of £2.50 per bottle, Opihr G&T and Grapefruit is available in-store and online from Sainsbury’s.

Mirror Margarita Launched As Its Own Bottled Cocktail Brand