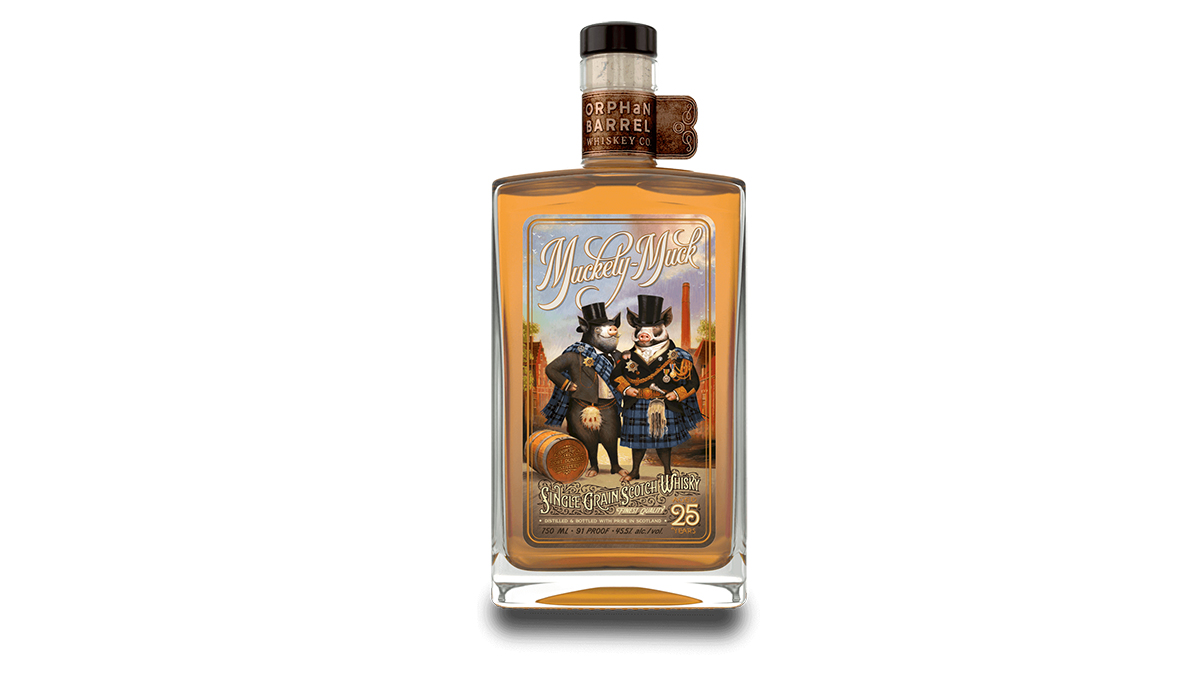 Established in 1810 beside a canal on a hill overlooking the city of Glasgow, Port Dundas produced two centuries worth of top-of-the-line whisky, before shuttering a little over a decade ago. During the distillery’s most successful years, it was also a piggery. Legend has it that hundreds of pigs fed on distillery draff, and the prized pig Muckety-Muck won over passersby with his decorated wall of medals in the breeding shed. That pig inspired the name of this limited-edition bottling.

On the nose, the Muckety-Muck 25 Year Old offers aromas of caramel and notes of baked sugar. The fruit forward palate features light toasted oak alongside hints of butterscotch vanilla which carry through to the finish.

Six variations of the bottle label are available, with Muckety-Muck himself boasting a Scottish tartan sash in either gray, blue, red, yellow, green, or orange, making the range of label variations a collectible keepsake.

Bottled at 45.5% ABV, Orphan Barrel Muckety-Muck 25 Year Old is available in limited quantities at select spirits retailers across the US and is priced at $249.99 per 750ml bottle.

For more information, head over to Orphan Barrel’s official website.

In May, Orphan Barrel launched Orphan Barrel Copper Tongue. The offering hails from the historic Cascade Hollow Distillery in Tullahoma, Tennessee and is a cask strength 16-year-old straight bourbon whiskey.