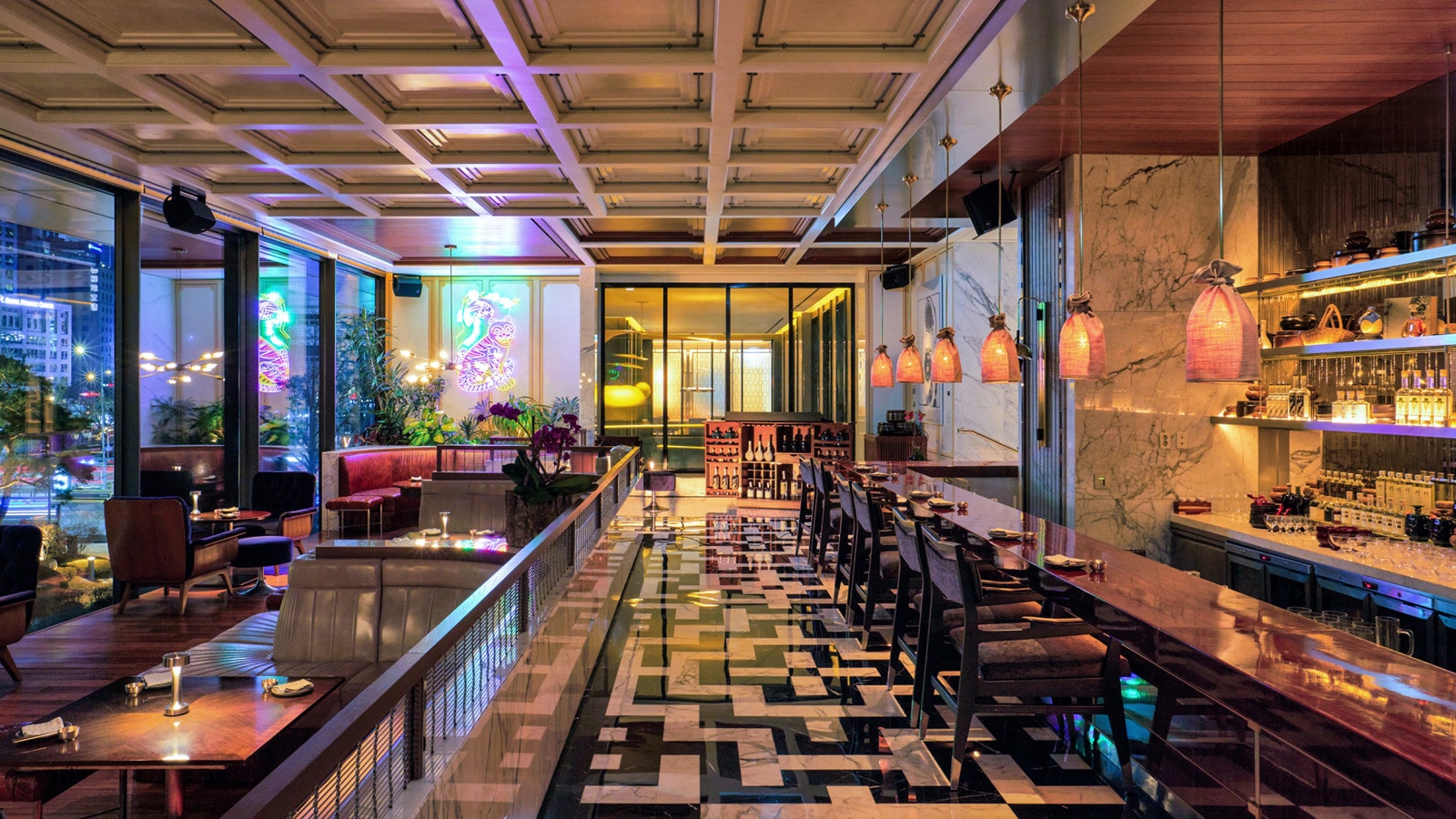 Opening on March 23, 2022 with 70 seats after the rebranding of Boccalino Wine Bar, OUL is described as “mixology of mainstream culture” and sets out to express Seoul’s story through a three-part menu that explores the past, present, and future-minded innovations of the city’s long culture of liquor crafting and fermentation.

OUL serves up a dynamic concoction of heritage and innovation, alongside lively bar bites crafted by world-class chefs. Its name is derived from the English spelling of Seoul – and pronounced “owl” in tribute to its night-owl clientele – while its five-shade décor celebrates the traditional Korean color spectrum and adds a new layer of vibrancy and excitement to the city’s choice of venues.

“The idea behind OUL is to create a hip hotspot for everyone, from local staycationers to Gwanghwamun office workers,” comments the Hotel’s General Manager Alejandro Bernabé. “It’s our homage to the ever-changing identity of after-hours Seoul; an artful exploration of the traditional, turn of the century, and today & beyond eras that have shaped the night scene of the city we love today.”

Journey back in time to the golden age of homebrewing, when each family created traditional drinks such as makgeolli (rice wine), soju, and gwasilju (fermented fruit liquor). Savor the introduction of Western beer and wine, and the opening of sophisticated cafés and bars – led by Seoul’s “modern boys” – that fueled the age of street-cart pojangmachas. Then take the evening to new heights with contemporary and future-minded innovations such as the out-of-the-box chili-infused Kimchi Highball.

Conceptualising, crafting, and serving each unique creation with his signature verve is Keith Motsi, Head Bartender of the Hotel’s secret speakeasy bar, Charles H., alongside Senior Bartender Seungjeong Ike Ryu. Between them, the creative pair will share a mix of Korean specialities and seasonal drinks that reflect each era of the city’s drinking culture.

Hwachae cocktails speak to the resonance of the Traditional (Hanyang era) by turning the classic fruit punch to a spirituous version, alongside sikhye – a Korean dessert drink made of fermented malt and rice – reimagined with craft soju, pumpkin cordial, refined milk, and chai tea. And in celebration of the country’s long lineage of alcoholic production, traditional local beverages on offer include rice-wine makgeolli and soju.

Flavorsome and fun, future-minded Today and Beyond Seoul-inspired cocktails include Kimchi Highball, which surprises with green chili soju, kimchi salt, and kimchi jus. Small-batch sodas from local producer On a Lark include three equally innovative flavors: ginger and rose, lemon and lavender, and omija (five-flavor berry).

OUL has partnered with Busan’s Gorilla Brewing Company – the flagbearers of South Korea’s craft beer culture – supplied by their own “Gorilla Hop Farm.”

OUL’s homage to Korean hospitality is also reflected in its distinctive chinaware and employee uniforms – a modern interpretation of the traditional hanbok complete with fashion-forward accessories.

For more information or to make a reservation, head over to OUL’s official website.