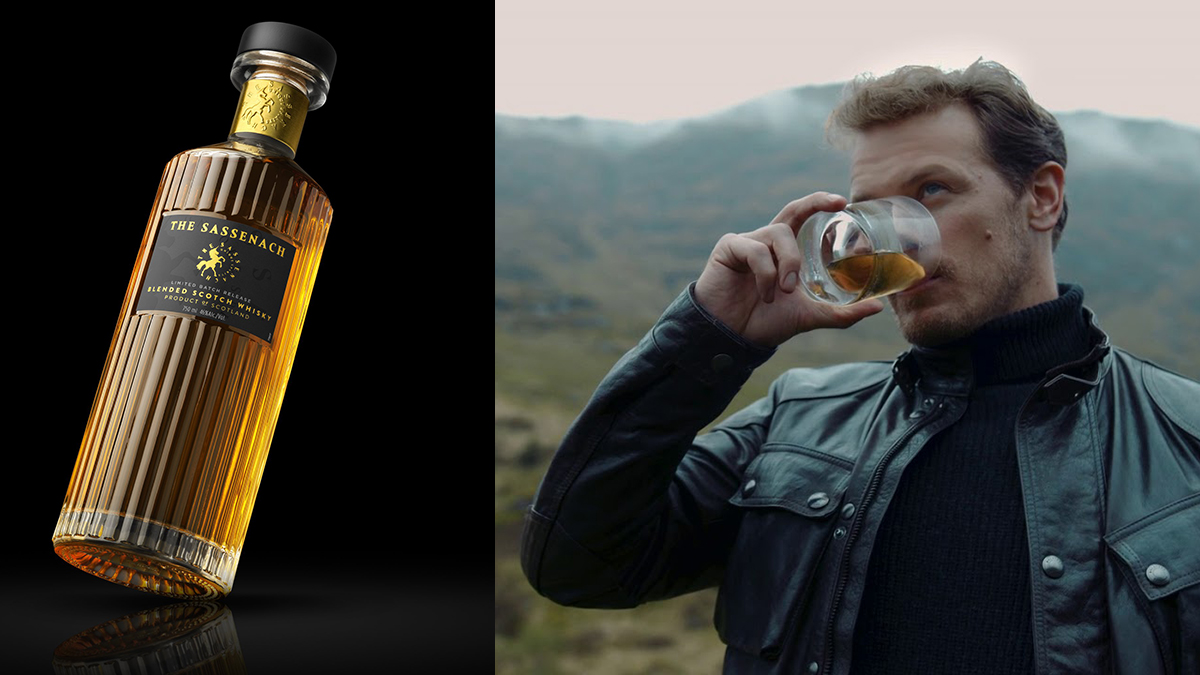 Sam Heughan, the actor who plays Jamie Fraser on Outlander, will be releasing his Sassenach Whisky in both the United States and the United Kingdom this November. Heughan announced his brand via social media in August of last year.

Sassenach Whisky had a trial run in March in the United States and quickly sold out, without any bottles getting to the United Kingdom, after debuting the spirit on The Late Show with Stephen Colbert. Now the Whisky is set to arrive in both America and the UK.

The Outlander star Tweeted,: “Scotland awakes, bottles are being filled with gold and labeled with love. Putting the finishing touches on the next release. The Sassenach will be available in the US.. and the UK in November 2020 with additional regions to follow! Stay safe all. With love.”

In an interview with The Scotch Malt Whisky Society, the actor described his premium Blended whisky as, “Inspired by the Highland landscape, the Sassenach is a uniquely blended Scotch whisky with a distinct character and smooth flavour, suitable for any occasion. Ancient peaks, hidden glens, and rising morning mist, freshwater and firm oak run deep in its veins. Matured in casks that previously held fine Madeira wine, the exceptional blend has an underlying rich character that rises to the forefront.”

As for tasting notes, Heughan described the nose being packed with “citrus fruits, almonds, and vanilla”, while the palate finds notes of “peach, apricot, honey, and butterscotch”. It’s has been bottled at 46% ABV.

Sassenach Whisky may very well be just the first product to be released by Heughan as the actor has previously hinted he would like to expand the lineup and possibly even brew a beer.