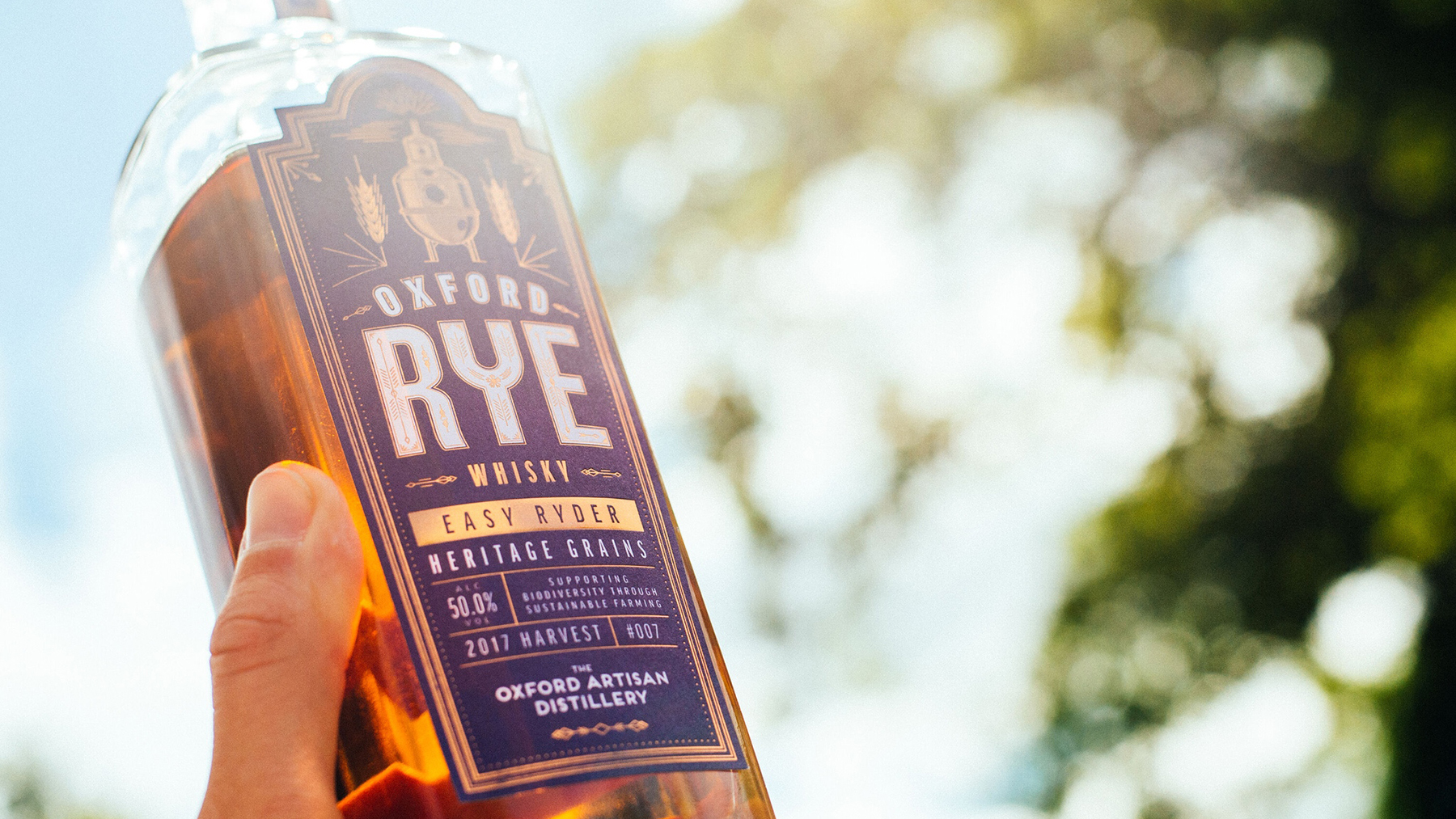 The Oxford Artisan Distillery has unveiled its seventh rye whisky, Easy Ryder. The summer-y blend is a marriage of nine specially selected casks chosen by Master Distiller Francisco Rosa to achieve a smooth yet intricate ride through the brand’s distinct heritage grains and distilling practices.

The distillery produced Easy Ryder whisky using heritage grains grown by the distillery’s regenerative and organic farming partners. These grains require no pesticides, fungicides, or herbicides, supporting sustainability and biodiversity in their fields.

Each cask selected for this expression went through a different journey, from the starting point at the cooperage, to its size, the filling strength, its age, and the warehouse in which it rested. After three to four years of maturation the new make flavours have diverged in to nine different spirits all with something in common. This blend of ryes showcases all these harmonies coming together, elevating the complexity and nuances of each cask.

From the American oak of varying toasts, chars and origins, to the Moscatel Roxo cask, together with the grain and distillery character as the backbone, the oak complexity merges with the sweet and fresh flavours from the Portuguese Moscatel fortified wine cask from Setúbal. (N.B Full list of cask information is given below.) The result is a whisky which is creamy with notes of pastry, chocolate, refreshing spice and a pronounced savoury character.

“Our flavour keeps evolving and slowly showing heritage grains’ true character as we continue our journey through time and flavour, rooted in our Oxfordshire surroundings,” noted Rosa. “When our grains evolve under fermentation with our in-house cultures, a lovely butter dimension comes to life which is then influenced by distillation and maturation, it deviates from custard or pastry to white chocolate, or bog butter as an earthy (field-like) expression of the grain. In this release, there is a pronounced savoury character as a result of the sandy soils from Oxford combined with the sandy soils by the sea in Setúbal.”

Bottled at 50% ABV, Oxford Artisan Distillery Easy Ryder is priced at £55 for 70cl and is the distillery’s largest run so far, with 2,782 bottles now available through the distillery’s website and specialist whisky retailers.

In May, The Oxford Artisan Distillery unveiled Crafty Little Rye.