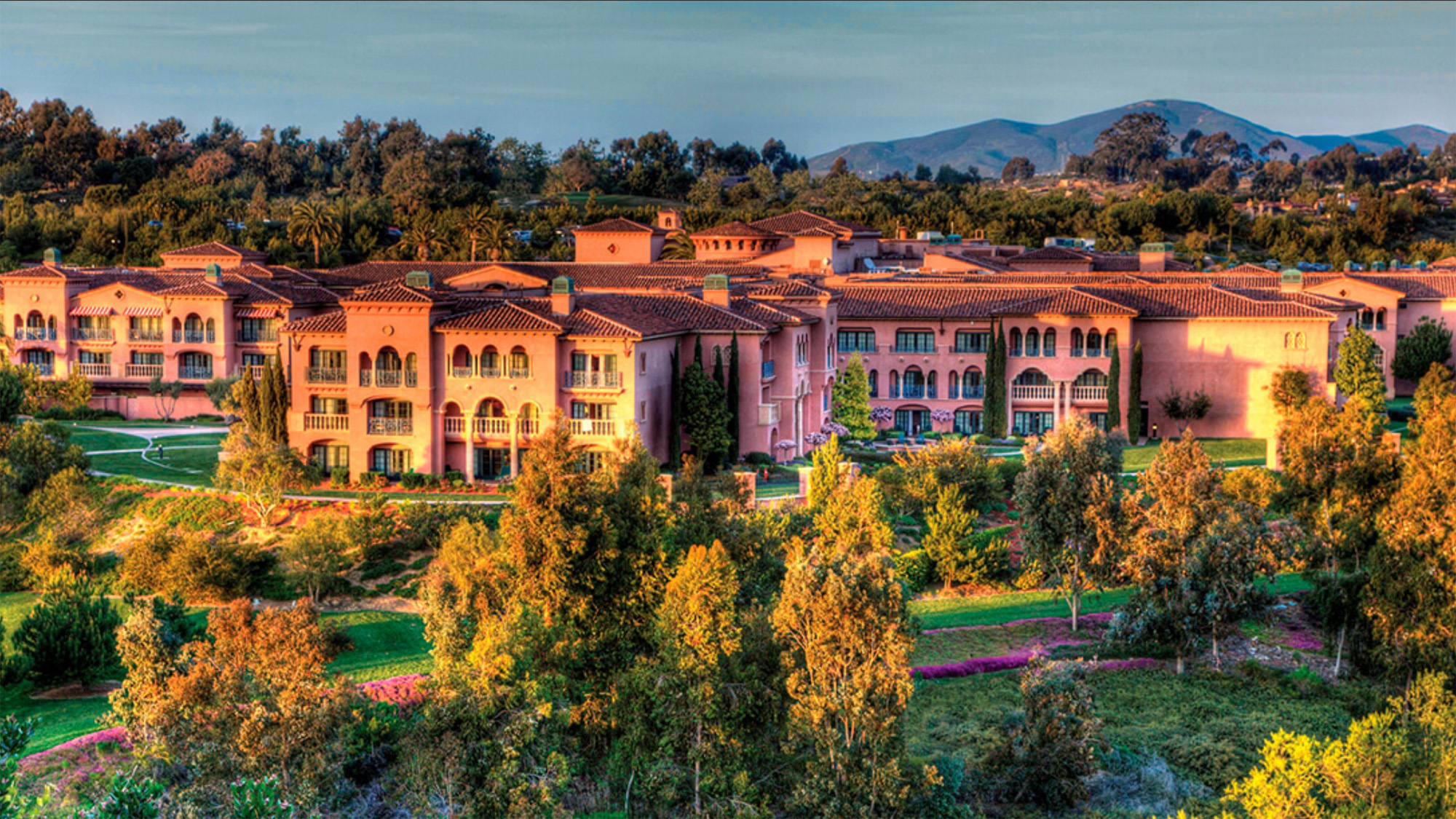 Every so often, sips of Mai Tais by the pool are interrupted by the boom of supersonic jets. It’s probably your only reminder that you are still anywhere near the real world. Then it’s back to your salmon caesar, avocado dip, chicken BLT, or whatever else you ordered.

Located about 15 miles north of San Diego, the Fairmont Grand Del Mar is anything but reality. First off, it’s paradise in Southern California, a place already deemed an oasis by movie stars, tech executives, and Lebron James (who spends time at one of the private residences on the property) who headed south and west in search of greener, more prosperous pastures. Yet, the 400-acres of pristine coastal canyon located just five miles from the Pacific Ocean still feels a level above and away from the chaos and endless pavement that otherwise define Southern California.

Food-wise, Addison is the major draw. San Diego’s first Michelin-starred restaurant and its only two-star eatery, Addison is helmed by local celebrity chef William Bradley. It’s his interpretation of California gastronomy that first put the hotel on the map for fine dining foodies everywhere. The experience celebrates regional ingredients and Southern California influences over a nine-course tasting menu that evolves with the seasons. The wine list runs California heavy, with some other selections available from around the globe.

Now, thanks to the likes of Food and Beverage Director Amanda Cohen, that concentration on Southern California’s unique ingredients has made its way across the hotel’s various restaurants. It’s particularly visible at Amaya, the hotel’s all day restaurant that does everything from ricotta pancakes and breakfast burritos in the morning to caviar and shockingly good chicken at dinner–we’re not usually ones to recommend the chicken, but here, it can’t be missed.

Likewise, the Lobby Bar serves up a variety of easy-going creations with a California feel, including a not-to-be-missed smash burger.  The pool, meanwhile, is serving a variety of American leaning classics, but is set to evolve into a Southern California cantina over the next few months.

The bar menus across the property have also transformed into some of San Diego’s most exciting. Led by new addition mixologist Lou Lopez, drinks from Amaya to the Lobby Lounge and beyond sparkle with creativity and are made up of new age plays on classic creations.

During our stay, we were lucky enough to have Lopez pair cocktails with various dishes from the Lounge menu. It’s a direction he hopes to take the bar program moving forward, where mixed drinks are more intricately paired with food. No matter what stirs your fancy throughout the meal, we recommend ending with the Dominicana (black strap rum, coffee liqueur, Demerara syrup).

The world class food and drink are matched only by the exquisite golf course. Designed by Tom Fazio, dramatic elevations, diverse bunkering and lush fairways link up alongside cinematic water hazards to create a truly beautiful scene. From the 50,000-square-foot Clubhouse perched just beyond the 18th hole’s cascading waterfall finish to the traditional forecaddie service, and nearly seven full acres of practice areas, The Club at Grand Del Mar amenities provide the ultimate golf experience. Only members of the club and hotel guests are invited to play the course and lessons can be arranged in an area dedicated to the best in private, high-tech instruction.

Rooms, meanwhile, are nothing short of five stars. The spacious luxury accommodations overlook the serene pools, the expansive golf course, and manicured gardens. All 249 luxurious guest rooms are unique and distinctive, with exquisite details and architecture inspired by 1920s icon Addison Mizner–who defined Florida’s signature resort communities Palm Beach and Boca Raton. The ambience is an exotic blend of Spanish, Portuguese, Moroccan, and Venetian styles, creating a grand Mediterranean estate that makes you feel like you’ve escaped to Tuscany.

Guest rooms span up to 550 square feet and feature rich marble bathrooms. Fine 100% cotton linens and plush robes make it hard to leave the room, despite all the surrounding beauty. Each room has its own private balcony or porch and the sounds of morning birds and evening frogs will make you believe you’re hundreds of miles from the bustling Southern California metropolises that are actually just short drives away.

The Fairmont Grand Del Mar is truly paradise in paradise and is only set to improve its already impressive offerings in the coming months.