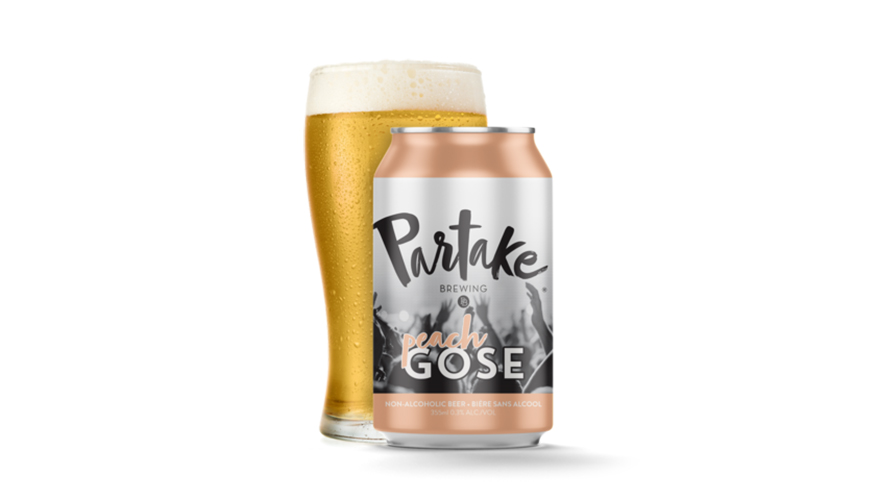 Non-alcoholic craft beer brand Partake Brewing has announced the pre-sale of its limited-edition release seasonal variety, Peach Gose. In March, Partake announced it would be bringing its non-alcoholic beers to 11 more states.

Partake Peach Gose is “crisp and refreshing with a hint of tartness,” according to the brand. Brewed with various malts, coriander, sea salt, and natural peach flavoring, it adds a fruity twist to the beloved sour style. This limited-edition beer, which earlier this year sold out within 72 hours, packs only 15 calories, 2g of carbs and Og of sugar.

“We crafted Partake to cultivate inclusivity and sociability no matter what you choose to drink and because of that, we’re so excited to provide Partake loyalists with a pre-order option of our long-awaited and highly in-demand Peach Gose,” said Ted Fleming, Partake Brewing Founder and CEO. “When we launched this peach brew earlier this year, we had no idea how quickly it would gain traction and ultimately sell out within a few days. It is our hope with this pre-sale we can offer our seasonal favorite to both the Peach Gose fanatics and those looking to discover a great tasting beer.”

Partake Peach Gose is priced at $29.99 per 12-can pack and will be available beginning June 2nd at 2 pm EST via the brand’s official website.