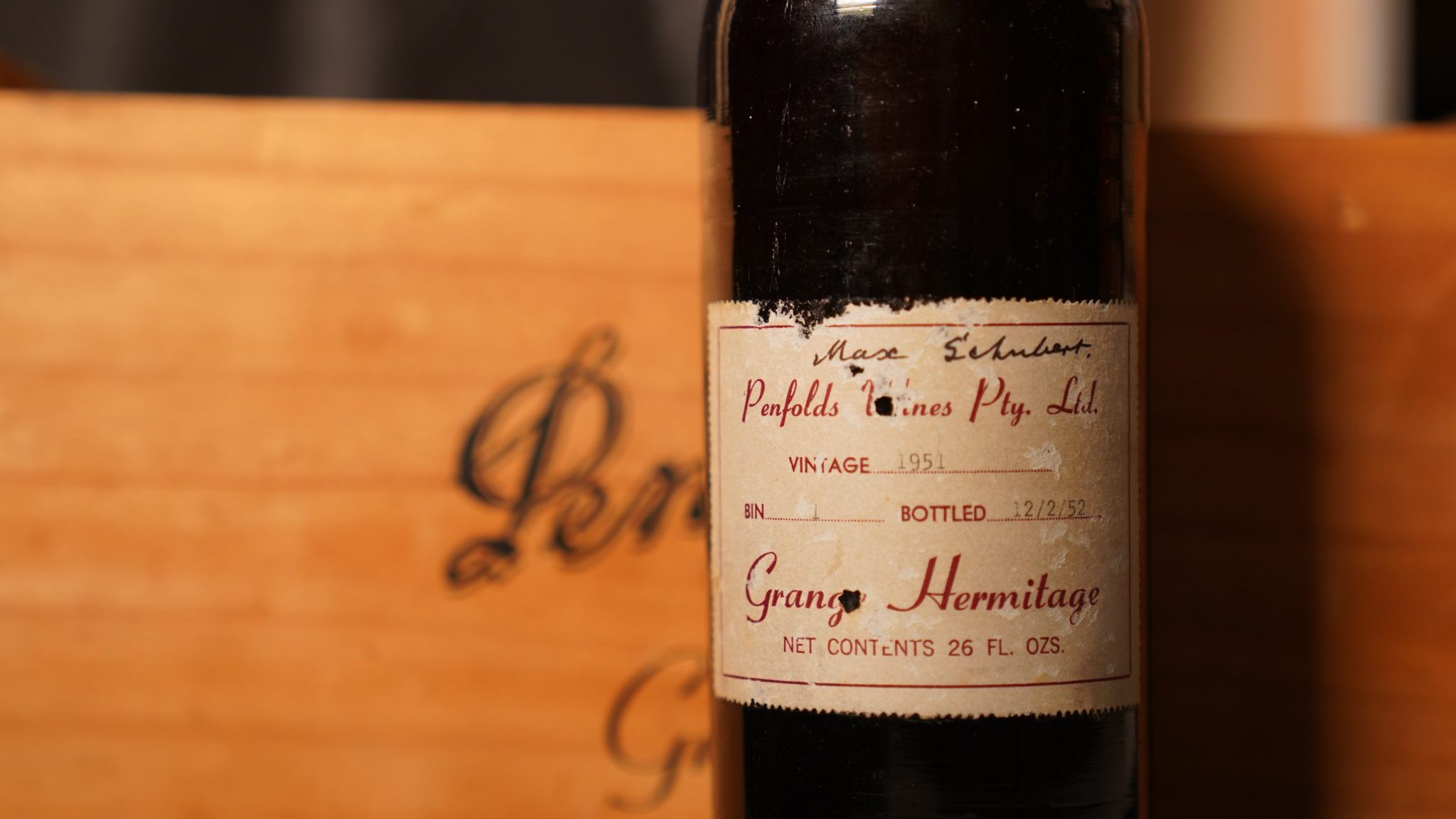 Collectors take note; the first vintage of Penfolds Grange, dating all the way to 1951, is expected to smash the world record price for a bottle of Australian wine when it goes up for auction this month.

Such is the interest around this particular bottle, if sold at the Langton’s Rewards of Patience auction later this month, it is expected to shatter the previous record price paid for a bottle of Australian wine.

The current record for an Australian bottle sold at auction stands at $103,000, paid last year by a Melbourne buyer who purchased a Penfolds Grange Hermitage Bin 1 Shiraz 1951. However, this lot is expected to fetch something in the region of $120,000.

“This bottle is one of a kind in the world, and I’ve never seen anything like it in my more than 20 years in fine wine. We expect it to go under the hammer for around $120,000* if it sells.

“It is difficult to establish the exact number of Penfolds Grange 1951 bottles in existence. There could be some unknown bottles lurking around in wine cellars, but because they are so incredibly valuable, we believe most of them have come to light.

Estimates suggest that there are around 35 bottles of the first vintage in existence – including 15 that are part of complete sets of Penfolds Grange, the wine collector’s dream.

“The story of Penfolds is as Australian as it gets – it’s the story of an underdog and dogged determination. Max Schubert kept making Grange in secret after he had been told to stop making it by his supervisors. He was a rebel and had a vision, and the wine world can forever be grateful for his refusal to do what he was told,”

The auction is now open, and will close at 7pm on Sunday 18 July.

If you’re looking to make a bid of your own, head over to Langton’s official website.

In May, Penfolds’ winemakers unveiled their first Collection of California Wines that extol an other worldliness and something special. In January, Penfolds was awarded Best Winery in the World at the Best Wine of the World Competition 2021.