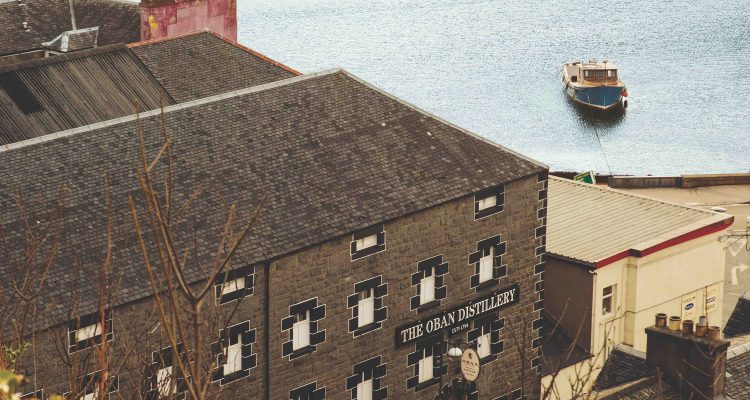 Nestled on a little bay on Scotland’s Western coast, Oban distillery has been making Single Malt Scotch Whisky in the same unhurried, traditional fashion for more than 227 years. However, for the past year, the mountains in the distance, the birds overhead and the sparkling shores of Oban bay have missed the many visitors-turned-family who pass through the town of Oban. So while the world can only dream of exploring new places and meeting new people today, Oban Single Malt Scotch Whisky is dispatching Postcards from Oban to remind fans that the warm, welcoming coastal town is eagerly awaiting their arrival.

During Scottish American Heritage Month, Postcards from Oban will quench fans’ wanderlust through unique and immersive experiences of the town, distillery and people you have yet to meet.The campaign begins with a docuseries highlighting the Oban distillery, its small team of just seven workers and the local purveyors who give Oban its unique charm. The inaugural Postcard from Oban episode is narrated by brand adorer Jack Falahee, who takes viewers beyond the bottle to experience one of the smallest and oldest distilleries in Scotland.

Postcards from Oban introduces fans to the seven distillery workers as well as the local chocolatier, woodworker, fisherman and life-long Oban natives who are overjoyed to open their doors to viewers. In the inaugural episode, the Oban distillery workers – Scott, Timothy, Patrick, Murray, Derek, Norman and Ricky – along with the rest of the distillery team introduce fans to Oban in ‘Welcome to Oban,’ and future episodes will be released on the Oban’s Instagram.

Oban Distillery Manager Ronnie Whiteford, who has run the distillery for the past 10 years, said: “Everything that is done at Oban takes time. We carry a great pride and passion for the way we make Oban, and especially in our heritage. Oban is Scotland at its best and it’s such a pure product – three ingredients, that’s all we’ve ever used. It’s a truly marvelous dram.”

Third-generation Oban Senior Site Operator Derek Maclean, said: “My father worked here for 32 years before me, and my grandfather worked here for 37 years. If I’m ever away on vacation with my family and I see a bottle of Oban on the shelf, I know either my father or my grandfather made it. Oban has a huge history, and I tell them to take as much pride over every drop as you can because it’s really up to us. I think that makes it all a little bit sweeter.”

The campaign will culminate with the chance for fans to fully immerse themselves in Oban and the whisky-making process through ‘The Oban Abode’ Experience. When international travel is once again possible, two winners and their guests will receive a fully-expensed trip to Oban to stay in the exclusive ‘Oban Abode,’ a cozy apartment crafted by Derek Maclean himself with the help of the town’s local merchants. This home-away-from-home will be adorned with furniture made from old whisky casks, including an Oban whisky cask bar, and the distillery team will personally guide winners through a VIP distillery experience. The ‘Oban Abode’ is located just steps from the Oban distillery, where you can breath in the Scotch air on your morning stroll or sunset saunter along the bay, and the full trip itinerary will be curated by local tourism expert Explore-Oban.com. To enter for a chance to win a trip to ‘The Oban Abode’, click here.