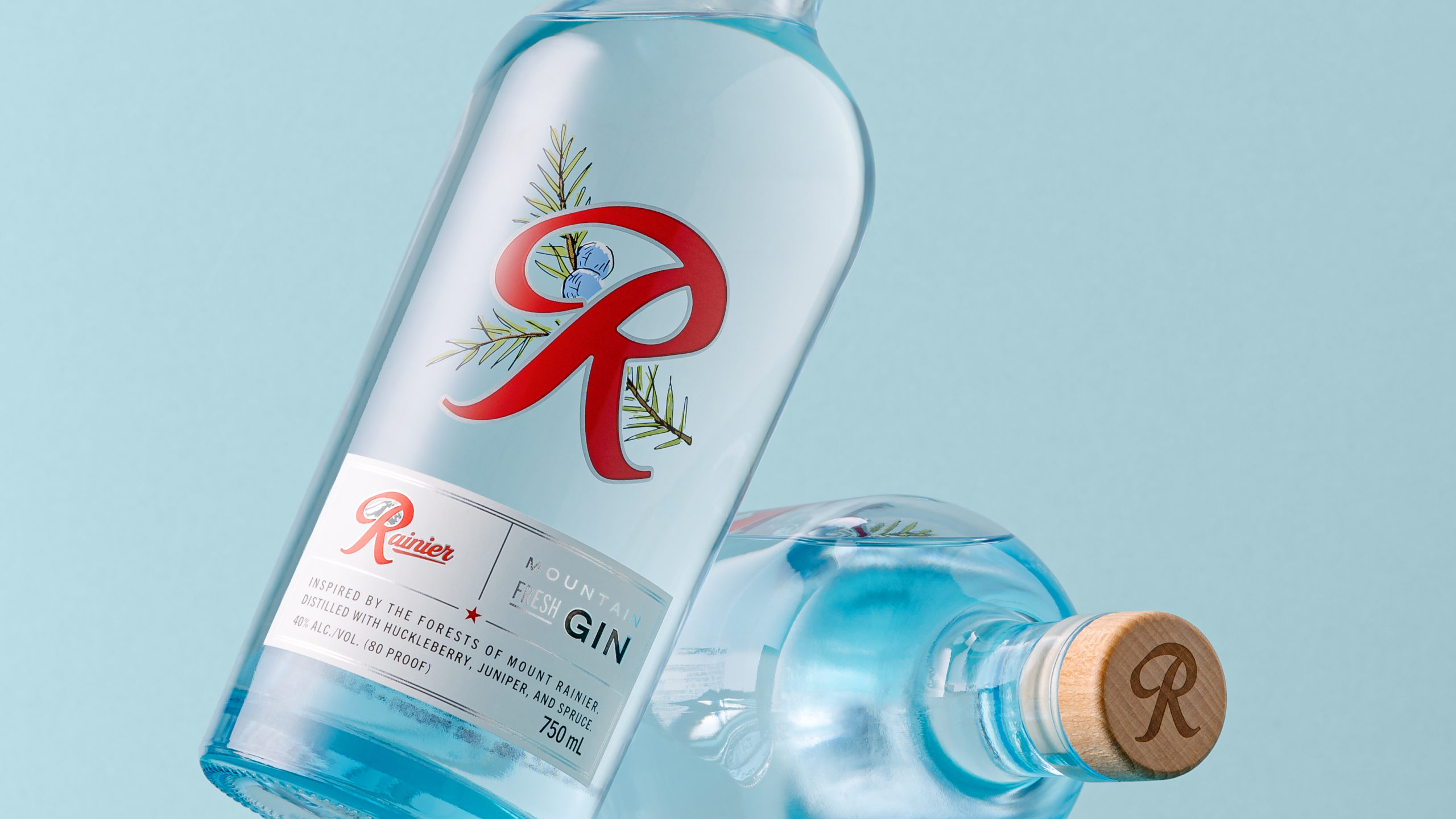 Rainier has stepped into the spirits games with the release of Mountain Fresh Gin. The new offering from the iconic Seattle beer brand, which is currently owned by California-based Pabst Brewing Company, will be its first foray into the hard stuff since Prohibition, when it briefly released a Lime Rickey soda mixer.

While Rainier Beer is no longer made or headquartered in Seattle, Mountain Fresh Gin will be made at OOLA distillery in the city’s Capitol Hill neighborhood. The Gin is infused with huckleberry, juniper, and spruce flavors.

The Gin’s bottle takes advantage of Rainier’s iconic red ‘R,’ which features front and center on the new bottle. It’s a clearly visible nod to the famed beer brand, and inviting symbol to all from the Pacific Northwest.

Coming in at 40% ABV, Rainier Mountain Fresh Gin is available in 750 ml bottles throughout Washington, and will arrive in Oregon shortly. Those interested can order directly through Drizly.

Back in August, another iconic Washington beer brand entered the spirits game, when Olympia introduced Olympia Artesian Vodka. The new Vodka is produced in Tumwater, Washington using the artesian water aquifer located beneath the town that gave birth to the Olympia Brewing Company. Olympia Artesian Vodka owners Ray Watson and Lesa Givens teamed up with Pabst Brewing Company–also the current owners of Olympia Beer–to release the new spirit. The brand was initially supposed to hit shelves in March, but then COVID-19 hit. Putting their launch on hold, they began making hand sanitizer instead. Now things are back on track and the bottle has arrived at markets.

Coming in at  40% ABV, the Vodka is available in 750mL bottles throughout Washington via Drizly (select markets) and various other stores throughout the state. In September, the brand will begin distribution in Oregon, and California can expect its arrival in 2021.