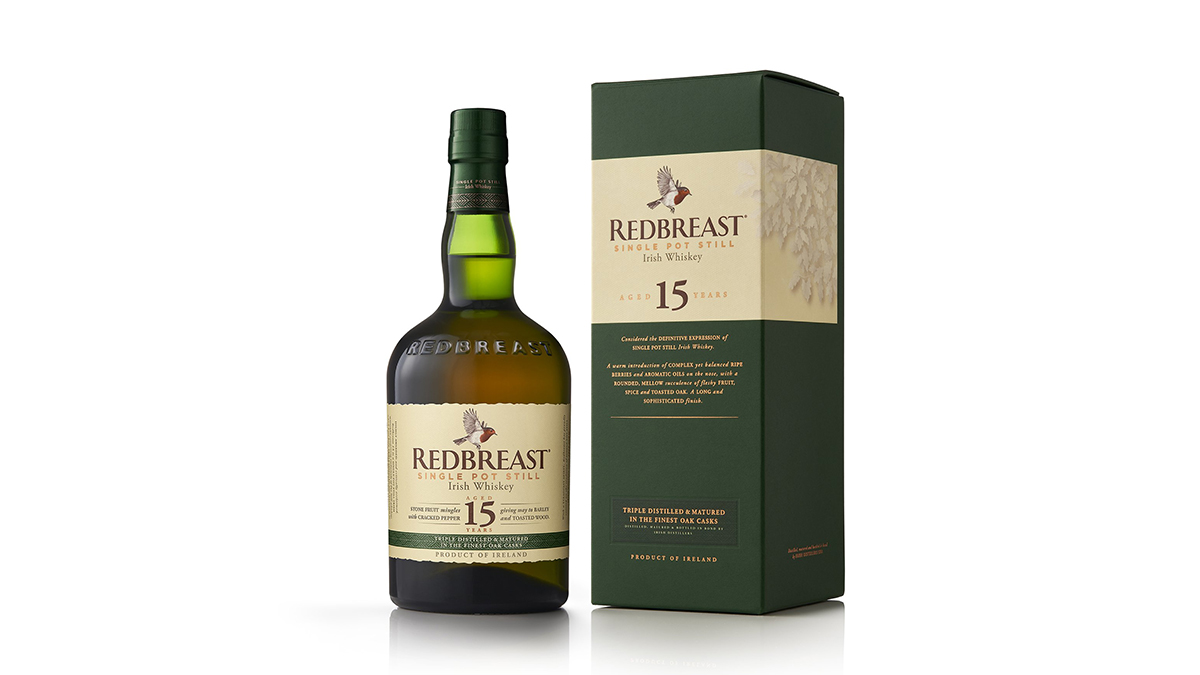 Redbreast 15 Year Old Whiskey reflects its extra years of aging in its richer, stronger, and earthier taste. A full-flavored option for Irish Whiskey lovers looking to relax and enjoy a more complex option, the 15 Year Old possesses a rich and mellow profile that’s known for going down smooth and faster than you can say Slainte!

Made from malted and unmalted barley, the Irish Whiskey is distilled in copper pot stills and left to age in fill and refill Oloroso Sherry casks and ex-Bourbon barrels for a minimum of 15 years. It is made exclusively from Pot Still Whiskeys with a taste enhanced by the cask aging process.

Golden honey in color, the 15 Year Old features a full and rich bouquet resplendent with aromas of ripe berry fruits and aromatic oils. The palate brings more berries along with spices, maple syrup, and toasted wood. The finish is elegant, full-bodied, and long.

The Redbreast brand dates back over 150 years and was originally produced by Gilbey’s, a Dublin merchant who opened its doors in 1857. In 1903, John Jameson & Sons, in the Bow Street Distillery also in Dublin, began marketing a similar bottle. Jameson’s Dublin distillery operation moved permanently to County Cork in 1971 with the opening of the New Midleton Distillery. In the mid-1980’s, Gilbey’s ceased producing Redbreast and Jameson took over the Redbreast brand, relaunching it in 1991. In 2015, it was named the winner of the World’s Best Pot Still Whiskey at the World Whiskies Awards. In 2019 the Irish Whiskey Awards gold medal went to Redbreast 15 Year Old.