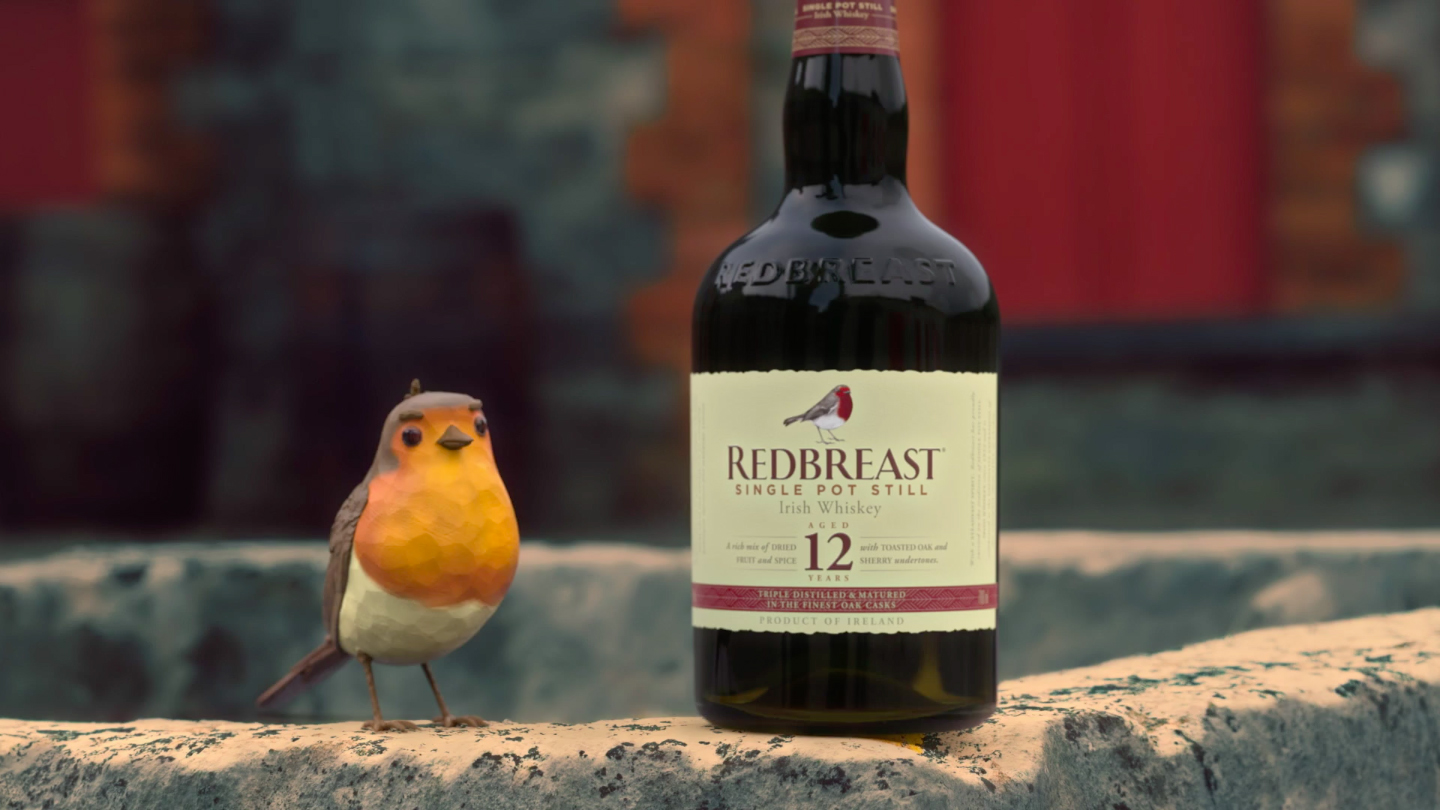 “With this new campaign, we wanted to build a deeper connection with consumers by giving the celebrated icon a voice that reflects the evolved tone and personality of the brand,” says Mwanza Lumumba, Brand Director, High End Irish Whiskey, Pernod Ricard USA. “The Robin campaign leaves a memorable impression that is unmistakably Redbreast.  Because, when you’ve landed on something special you just know.”

Developed using CGI technology, Robin Redbreast’s new look is carved from wood, paying homage to the maturation process and wood casks that help make Redbreast Whiskey. The mascot has been designed to drive discovery with more Whiskey fans, broadening its audience by creating a memorable character for the beloved range.

The character will be featured in a series of digital ads with a witty take on the world of whiskey and current affairs. Shot on location at Midleton Distillery, fans can also expect cameos from Irish Distillers’ expert whiskey blenders Billy Leighton and Dave McCabe.

“Named in 1912 by the bird fancying chairman of W&A Gilbey’s, the Robin Redbreast has been an intrinsic part of the brand’s history and identity. We know that the Redbreast audience is driven by curiosity and as digital natives, they like to discover and engage with brands online. What better way to widen this audience than to introduce a modern-day digital evolution of our beloved Robin that encapsulates the essence of the brand and the people who make it,” explains Laura Hanratty, Head of Prestige and Speciality Brands at Irish Distillers.

Robin Redbreast was created by The Public House Advertising Agency and produced by Jelly London Illustration Agency and will be rolling out across global marketing channels starting today.