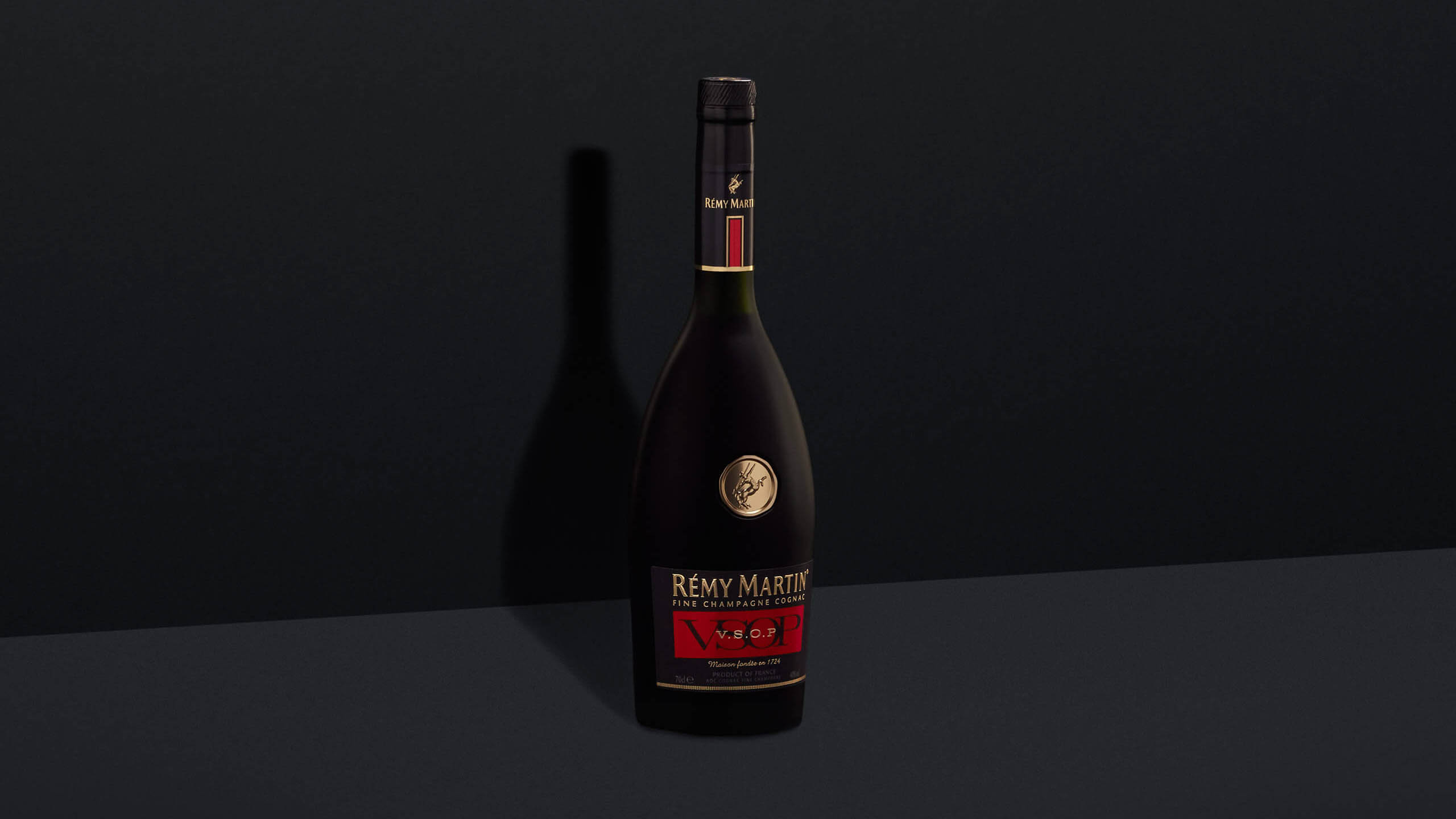 In 1927, Remy Martin VSOP was born after the Cognac House’s Cellar Master André Renaud created the very first VSOP Fine Champagne, a choice that was certainly ahead of its time. It wasn’t until 11 years later that the region was officially recognized as an Appellation d’Origine Contrôlée (AOC); the Fine Champagne region now being made up of Grande Champagne and Petite Champagne.

Remy’s VSOP is composed of eaux de vie coming exclusively from Grande Champagne (55%) and Petite Champagne (45%), making it a rarity among the larger houses. It is a blend of 200 eaux-de vie aged 4 to 12 years in French Limousin oak barrels.

The nose is dominated by vanilla, which is followed by ripe apricot, baked apple, and floral notes. On the palate, irpe fruit balances with subtle liquorice flavors. It is a smooth, well-balanced Cognac with a nice structure and powerful fruit notes.

The VSOP is a nice versatile Cognac that can be enjoyed neat, on the rocks, or in a cocktail. If you’re looking to mix something up, the House recommends a Remy Ginger:

Pour 1¼ oz Rémy Martin VSOP over cubed ice, top with ginger ale and garnish with a wedge of lime.

Founded in 1724 and based in the city of Cognac. Since 1841, the brand has been using a distinct centaur logo on its bottles and in China it’s often referred to as réntóumă (人头马), literally “man-headed horse.” In 1990 it merged with Cointreau & Cie SA to create Remy Cointreau. There are currently a number of brands under its umbrella, including The Botanist, Louis XIII, Mount Gay, Bruichladdich , and a variety of others. Till this day, the company remains family-owned and run.