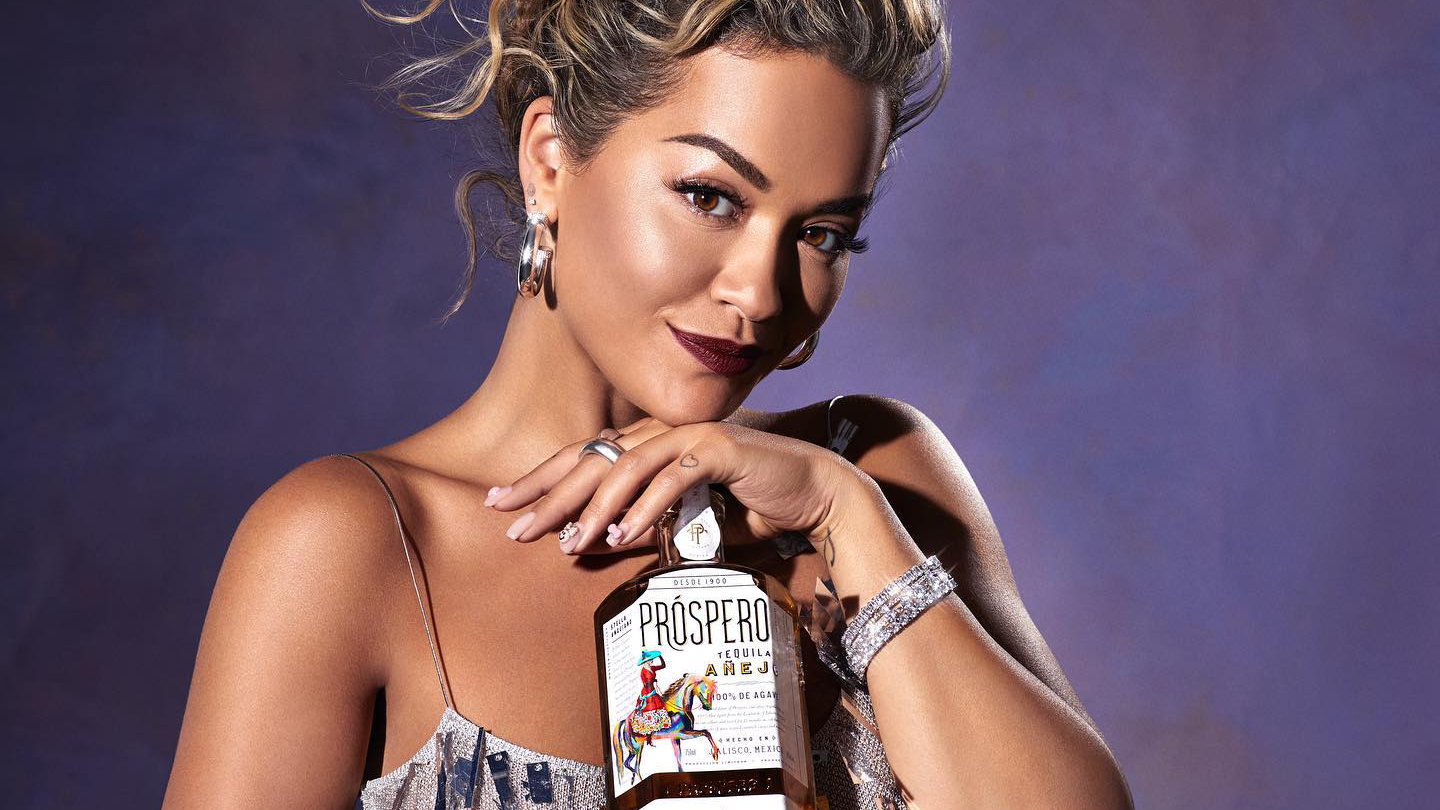 Rita Ora has launched Prospero Tequila in the United Kingdom. The British recording artist and actress hopes to “push boundaries” in the spits industry with the female-founded brand.

Last Year, Rita Ora debuted Prospero Tequila in the United States after joining forces with Conecuh Brands. She is shareholder and chief creative partner at the Tequila brand, which produces its spirits at the Don Roberto Distillery in Jalisco, Mexico. The Tequila is available in blanco, reposado and añejo variants and made by Stella Anguiano.

“This has been one of my favourite projects to work on because it has given me the opportunity to work with Stella, one of the few female distillers in the industry,” said Ora upon its initial release. “Stella and her team are incredibly passionate about what they do and have given me the chance to collaborate on a project that celebrates all women. I can’t wait to toast this new partnership with my family, friends, and fans.”

Ora has seen a positive reaction to the brand since it launches in the United States. “I’m very, very, very happy with that,” she told The Spirits Business. “This is the first time that I’m launching it at home [the UK] and it’s really important, I’m really looking forward to it.

“I looked into the spirits industry a bit more and I feel like there was really a market or a big space for women bosses who can have their own spirit,” Ora said. “It’s usually like wine or Prosecco and I feel like this was such a male-dominated aspect of alcohol that I was like ‘why not try and get into this game’ and really have a great shot at it.

Próspero Tequila is available to purchase in the UK at department store Selfridges for the price of £49.99 ($67 USD) for the blanco, £59.99 ($80 USD) for the reposado Tequila, and £62.99 ($84 USD) for the añejo expression.
The new offering joins a long line of celebrity spirits that have been hitting the market in recent years. Just a few weeks back, Cameron Diaz unveiled her third Avaline wine. Earlier in October, rock band Kiss debuted their own Rum. And in September, Snoop Dogg launched a Gin.