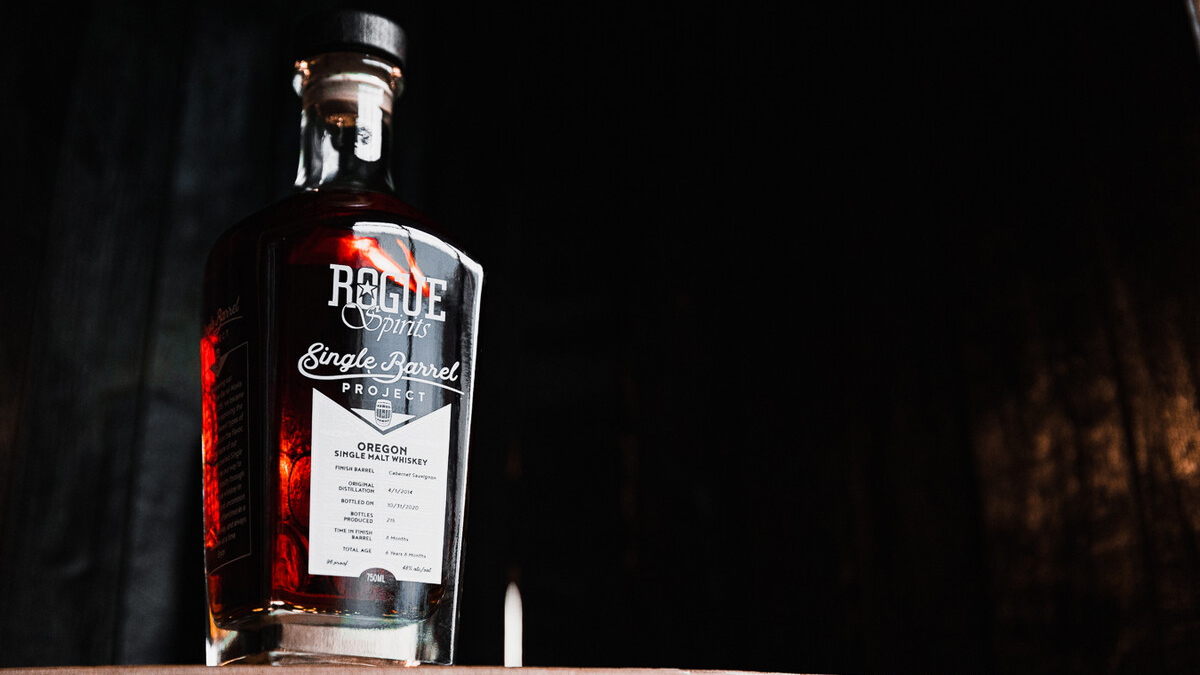 Rogue Ales & Spirits has launched the Single Barrel Project Whiskey series. The series will feature one-off single barrels of the Oregon brand’s Whiskey that have been finished in unique ways.

Bottle at 48% ABV, Rogue Single Barrel Project Barrel One is a 6.5-year-old Rogue Single Malt Whiskey that first matured in American oak before being finished in NXNW Washington Cabernet Sauvignon wine barrels. The spirit is set to hit shelves across Oregon in late November, with larger distribution coming in January 2021.

“After opening our Rolling Thunder Barrel Works cooperage in 2015, we became fascinated with exploring the impact that different types of wood impressed on the flavor, aroma and taste of our whiskeys,” says Jake Holshue, Rogue Spirits Head Distiller. “We created Single Barrel Project as our way to explore that curiosity through finishing Rogue whiskey in unique barrels and uncommon wood varietals, oftentimes in a non-replicable way, and always one barrel at a time.”

“At Rogue, we are always looking for new ways to create and innovate,” says Steve Garrett, Vice President of Business Development. “We like to push the boundaries and see what we can come up with. This mentality pushed us to experiment with different woods from our backyard in the Pacific Northwest and our very own cooperage. By doing so, we were able to create something special with the Single Barrel Project and are excited to share these one-of-a-kind whiskeys with our fans.”

Back in August, Rogue and Iron Chef Masaharu Morimoto collaborated on Morimoto Single Malt Whiskey. The Oregon-based beer and spirits maker and James Beard Award winning Chef have worked together on a variety of projects since 2003.