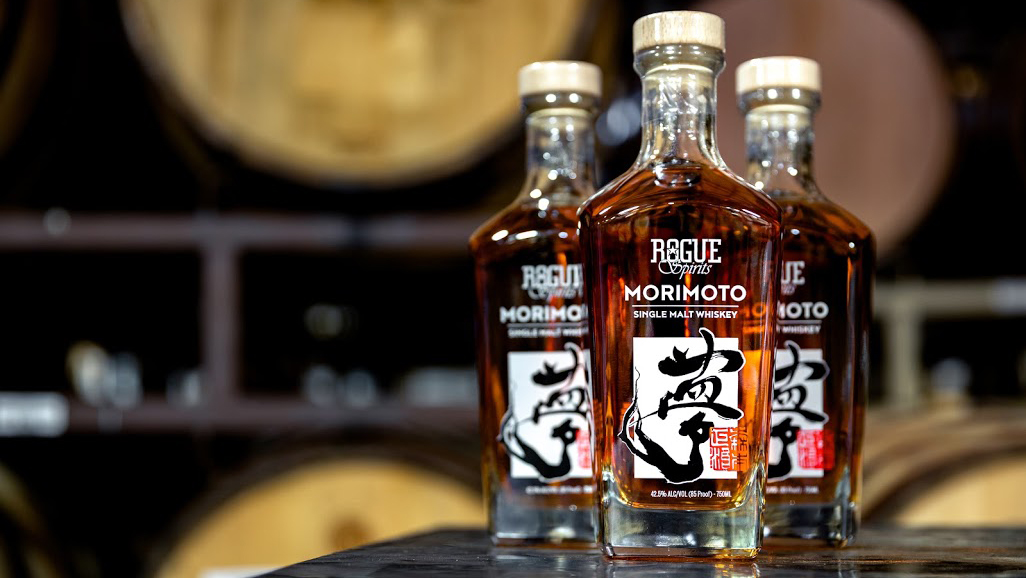 There’s not much talk about Oregon single malt Whiskeys, but maybe the Morimoto Single Malt Whiskey from Rogue Spirits begins the conversation. The smooth and lingering offering from the Japanese iron chef almost melts across the tongue like liquid butter. It’s a very likeable Whiskey, a crowd pleaser, and one that speaks well of the two decade partnership between the brewery/distillery and television food icon.

There’s a softness found in the Whiskey that seems to come directly from its beer beginnings. It’s approachable and encourages repeated sipping, and that’s even more impressive when you consider it comes in at 42.5% ABV.

On the nose, there is an initial alcohol burn, but also rich vanilla sweetness and chocolate along with notes of dry spice and red fruit. The palate is soft and smooth with more chocolate arriving alongside toffee and a distinct nuttiness that melts across the tongue. There’s a touch of smoke and a bit more vanilla as well. The finish is lingering as the Whiskey seems to trace its way through the imprints of your tongue.

It would be a mistake to not bring up the beautiful, almost saki-like bottling that the Rogue Morimoto Single Malt Whiskey comes in. Similar to the golden liquid inside, the offering is subtle and understated, but its beauty is apparent from the beginning.

The Rogue Morimoto Single Malt Whiskey is welcoming and while it may not be the most complex expression to arrive in 2020, it is certainly one that will delight a wide variety of palates. There is delicacy and approachability and it’s the type of Whiskey that can be enjoyed just about anywhere.