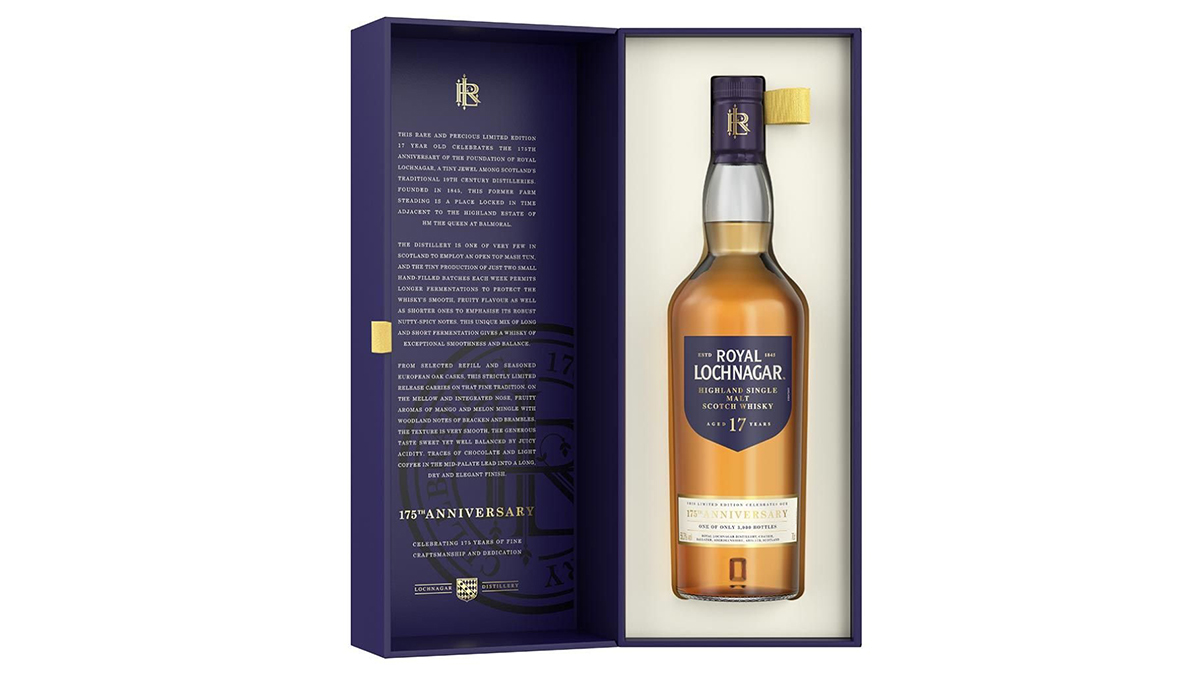 Royal Lochnagar is marking its 175th anniversary by releasing a limited edition 17 Year Old single malt Scotch Whisky. The Diageo-owned distillery was founded back in 1845, just one mile from the royal family’s Balmoral Castle.

Aged in Pedro Ximénez and oloroso Sherry-seasoned casks, Royal Lochnagar 175th Anniversary Whisky features aromas of mango, melon, hints of wood, bracken and brambles. On the palate, flavours of chocolate and light coffee blend seamlessly with sweetness and juicy acidity. The finish is said to be long and dry, with a hint of sandalwood.

“Selected by our expert team, this rare release portrays true Royal Lochnagar character and celebrates its history as a tiny treat for the whisky connoisseur,” said Sean Phillips, distillery manager at Royal Lochnagar.

Royal Lochnagar was originally called New Lochnagar, but was renamed after Queen Victoria and Prince Albert took the first distillery tour in 1848 and issued a Royal Warrant, permitting the use of ‘royal’ in its name.

Bottled at 56.3% ABV, only 3,000 bottles of the Royal Lochnagar 175th anniversary Whisky have been created, and are priced at £250 ($325 USD) per 700ml bottle. It is set to be available from select specialist retailers, the Royal Lochnagar Distillery, and malts.com.

“I’ve created this year’s Special Releases Collection, from some of my favorite distilleries across Scotland, with whisky enthusiasts in mind,” explained Master Blender Dr. Craig Wilson at the time of the announcement. “For those who enjoy spicy flavours, my recommendation would be to try our Cardhu, and for those who favour rich, intense and smooth flavours my choice would be Mortlach 21 year old. If you are curious about discovering something very rare, the Pittyvaich – the single ghost distillery in our Special Releases Collection this year is an unforgettable dram.”