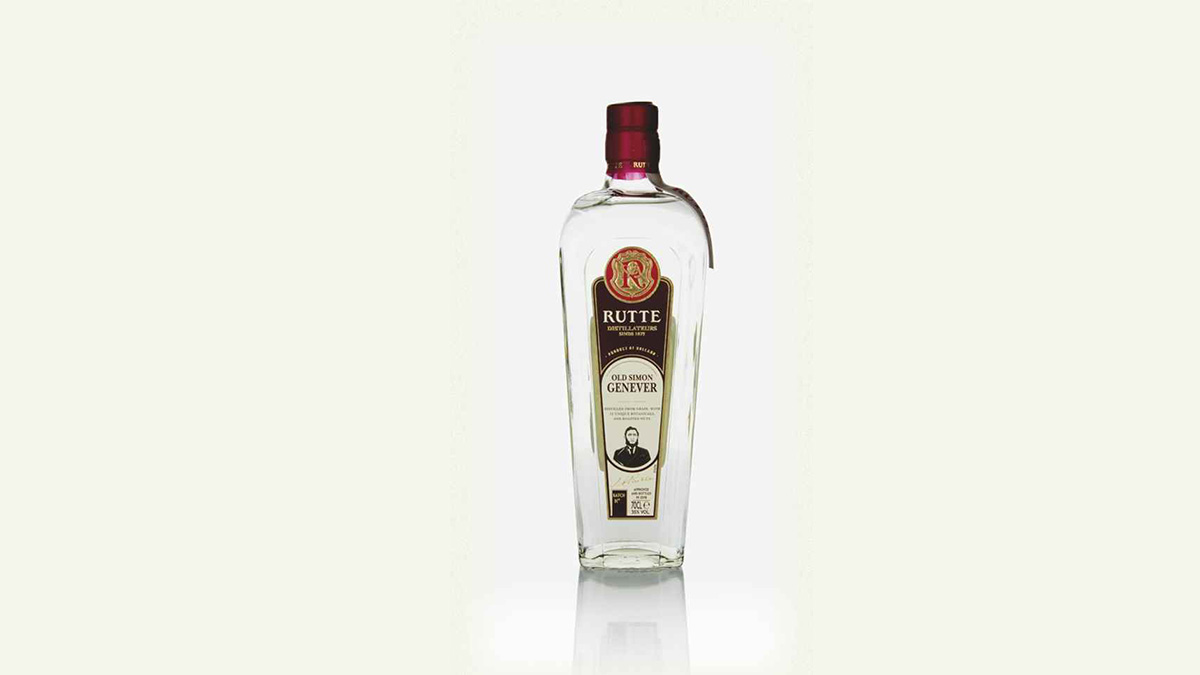 Rutte Distillateurs has been producing various liquors since 1872, and if you’re looking for a taste that is synonymous with the distillery (as well as the Western Netherlands) then Old Simon Genever is the only way to go.

The founder of the distillery, Simon Rutte, created the recipe for Old Simon Genever himself (no word on whether it was just Simon Genever back in the day or not). The Genever contains a number of typical genever botanicals, such as juniper berries, as well as ingredients that highlight the founder’s unique creativity, such as walnuts, hazelnuts and celery. Other botanicals found in the liquor include oriander, angelica, mace, liquorice, carob.

On the palate, this a is a light, nutty Genever. It’s smooth and pleasant with a velvety finish and excellent for sipping as a digestif in the traditional method. It also happens to be a great additive for cocktails.

Rutte recommends giving the liquor a try in a Mr. Simon, which was created by Salvatore Calabrese:

Combine all ingredients and stir with ice in a mixing glass until cold, then strain into a chilled coupette glass filled with a chunk of ice. Garnish with the twist of orange zest.

Rutte can trace their legacy in Holland’s liquor industry all the way back to 1749. It wasn’t till the third generation of distillers, however, that the Rutte family started the now world renowned brand. Since 1872, the Rutte Distillery has been making Gins, Genevers and liqueurs in Dordrecht, Netherlands using traditional methods under their family name. The company makes three different Gins (Celery, Dry, and Sloe), seven Genever (Old Simon, Barrel Aged, Old Tom, Single Oat, Paradyswyn, Oude Graan Jenever, and Jonge Graanjenever), and two types of Koornwyn.