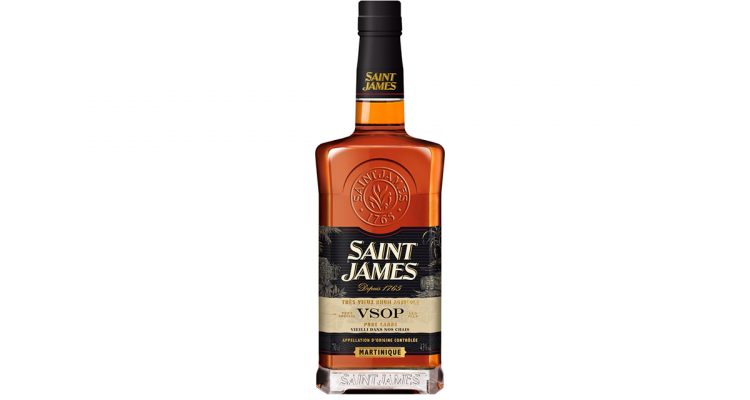 Saint James has added a new expression to its agricole Rum range, Saint James VSOP. The new flagship expression is the first of three premium Rums (VO, VSOP and XO) that the La Martiniquaise-Bardineto-owned brand plans to launch in an effort to help fans navigate the collection more easily and gain a better understanding of how the Rum is made, as well as the brand’s philosophy.

Saint James VSOP has been aged for more than four years in American ex-Bourbon oak barrels and new American oak barrels. According to the producer this gives the rum a “clean and deep intensity” and a “perfectly-integrated woodiness as well as roasted notes.”

The new line will come in glass bottles made from a percentage of recycled glass. The labels, cases and gift boxes are also now certified by the Forest Stewardship Council.

Master Blender Marc Sassier called the new VSOP expression: “The quintessence of the Saint James style, powerful and charming at the same time.” The brand recommends sipping the Rum neat or using it in cocktails, particularly in a Rhum Old Fashioned.

Bottled at 43% ABV, Saint James VSOP is already available in France and priced at €35 ($43 USD) per 700ml bottle. It will be rolled out internationally in March.

Saint James Distillery has been making rum using pure sugarcane juice from its own plantations since 1765.

In other Rum news, Alexandra Dorda, the daughter of Belvedere and Chopin Vodka co-founder Tad Dorda, has launched Kasama, a new, small-batch Rum brand that aims to redefine the next generation of both Rum drinkers and spirits makers.

Leaving behind the typical tropes associated with old-school Rum brands like sailors and pirates and absent of a heavily spiced flavor profile, Kasama pays homage to Alexandra’s Filipino-Polish heritage—Kasama is distilled in the Philippines, bottled at her family’s distillery in Poland, and is now available in the United States.