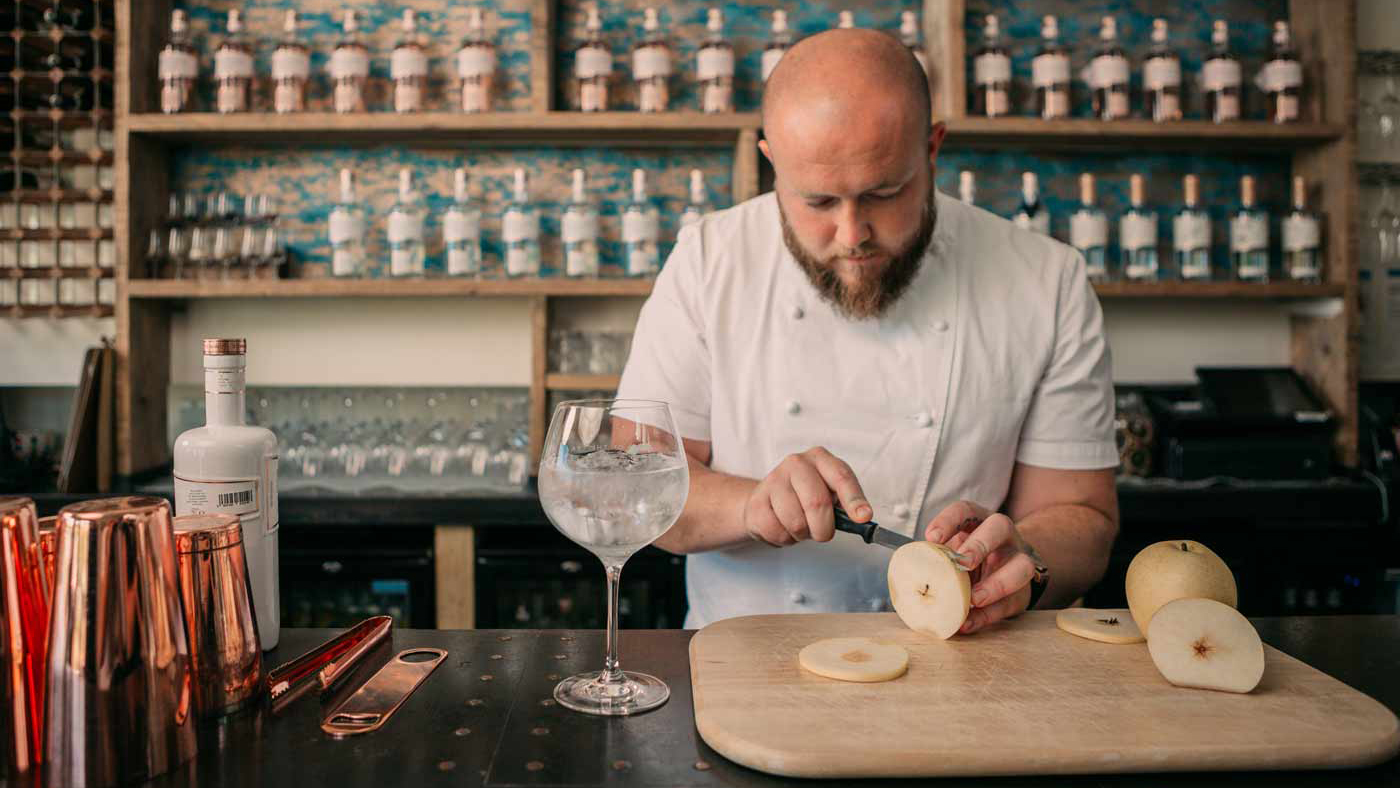 Salcombe Distilling Co has teamed up with two Michelin-starred chef Niall Keating to release Restless Gin. The limited edition Gin is the newest addition to the English distiller’s Voyager Series, which develops spirits in collaboration with renowned chefs or winemakers to reflect each creator’s “individual personality and style.”

Named after a Salcombe Fruiter that was built in Kingsbridge in 1865 and inspired by her cargo of exotic fruits and spices imported from around the globe, Restless Gin is the fifth of the Salcombe Gin Voyager Series. It is also the world’s first gin to have been created with a liquid botanical.

According to the distillery, the Gin “brings together Niall’s global influence and innovative approach to cuisine, combining exotic Asian spices with the use of a blood orange kombucha as a liquid botanical, to create a gin that challenges the process and the senses.”

Limited to just 3,500 bottles, the Niall Keating inspired Gin is presented in a white ceramic bottle featuring an embossed outline of the iconic gin pennant and a bespoke debossed copper stopper commissioned for the series. Its presentation box has beautiful copper detailing and contains a recipe card for the ‘Relentless’ cocktail created by Keating.

“A complex, exotic and innovative gin with flavours of toasted orange peel, ripe Asian pear and fragrant Citra hops on the nose, followed by rich and decadent citrus, and a subtle floral note from the Sencha Sakura tea and Japanese salted plums,” read the distillery’s tasting notes. “The blood orange kombucha delivers both a tang and a delicate sweetness, reminiscent of a pick ‘n’ mix selection. This nostalgic flavour is beautifully balanced with the warming spices. The finish is slightly drying with a sweet umami smokiness balanced by a freshness from kaffir lime leaf and Citra hops.”