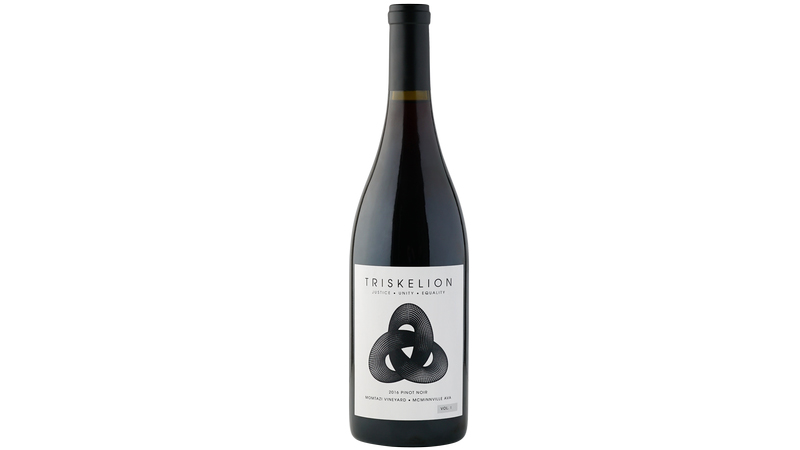 Before arriving in Philadelphia last season, Seth spent the 2018-19 season playing for the Portland Trailblazers. According to his wife, Callie, who also serves on the SCFU advisory council, his time in northern Oregon turned Curry into a serious wine collector. “He was introduced to Oregon Pinots and it’s been his go-to ever since,” Callie told Wine Spectator. “After visiting Maysara and learning more about their process he has paid much more attention to the labels on wines.”

Maysara Winery was founded by Moe Momtazi, an Iranian immigrant who moved his family to Oregon in 1990 to pursue winemaking.This is Momtazi’s first partnership with a professional athlete.

According to Maysara president of sales and Moe’s daughter Naseem Momtazi, Seth and Callie Curry tasted through a range of Maysara library wines before arriving at the 2016 Triskelion. “We had been approached to work with other athletes who wanted to start their own wine label, but it is incredibly hard to find people that are authentic and have a true passion for creating,” said Naseem. “They’re an incredibly humble family and we all hit it off right away through our shared values and beliefs, making this partnership possible.”

For more information, head over to Maysara’s official website.

In June, Lake Oswego native and NBA star Kevin Love entered basketball’s winemaking ranks, when he announced on his Instagram that he had joined Chosen Family Wines to partner alongside co-owner and Trail Blazers fan favorite Channing Frye. Frye launched Chosen Family Vineyards last fall, debuting with a 2018 Oregon Pinot Noir and a 2019 Oregon Chardonnay. The company has since added a rose and a syrah to its lineup.