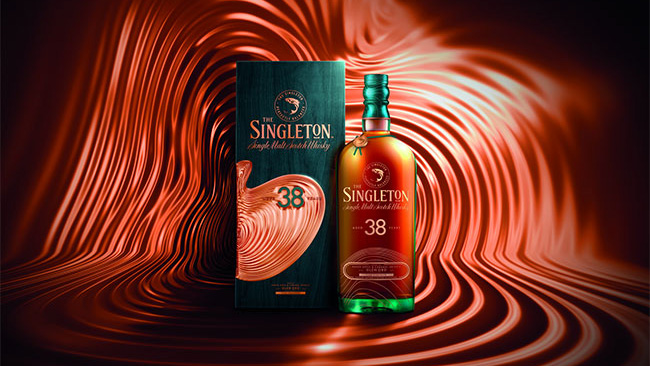 Drawn from eight casks, The Singleton 38 Year Old underwent a 26-year secondary maturation, the longest in the brand’s history. After a dozen years of ageing, the Whisky was poured into a selection of experimental casks of ex-Bourbon, Pedro Ximénez oloroso-seasoned casks, and new American oak casks.

“The Singleton 38-year-old was crafted during an era that was very exciting at The Singleton – a time of flavour experimentation and innovation across our whisky-making,” said Maureen Robinson, master of malts. “Selecting new American oak casks was very new for us at the time at the distillery and we decided on a lengthy secondary maturation to continue to unlock the decadent layers of flavour in this single malt.

“I remember tasting cask samples just three years into the secondary maturation and I was struck how even at such an early stage, we could identify the richness of flavour the new casks had presented. To mature those casks for more than two decades further was an exploration of how it is possible to unearth exceptional flavour within whisky, and it feels a real privilege to now share this truly delicious single malt with the world.”