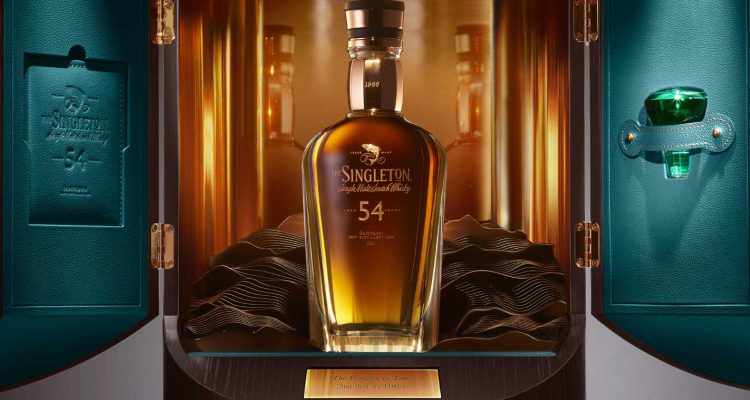 The Singleton has unveiled the final whisky in its Paragon of Time Collection, a 54-year-old 1966 vintage single malt. The Scotch is the oldest bottling ever released by the distillery, and just 235 bottles will be released.

“Originally filled in 1966, this European oak cask is the closest to the end of the old slow-craft period that we have ever released,” explained Maureen Robinson, The Singleton malt master. “The old distillers of the past laid down this cask and it is a privilege for me to be able to awaken their crafted spirits over half a century later with a final chapter from today. I see it as a beautiful balance of the old art of craft and using our modern finishing to present a precious whisky of layered, balanced and exceptional richness.”

Robinson finished The Singleton 54-Year-Old single malt in a single Pedro Ximénez-seasoned cask. By doing so, “unveiled a new layer of exceptional flavour in this whisky from the past, and with it, a new dimension in time’s creative power in whisky,” said the brand.

On the nose, the top-note is aromatic and savoury, hinting at a vintage solera wine; herbal notes of fenugreek leaf and parsley float above a very light suggestion of liquorice, with some treacle toffee in the base. A balancing light bitterness emerges through the sweet fruit. The palate is delicate in texture; light on its feet, lively for its great age and elegantly drying overall. Lightly sweet in taste, it drinks well straight, beginning fruity with dried figs and soon becoming peppery-spicy. A Christmas pudding in a glass. Clove-studded oranges. Beneath, a bittersweet hint of burnt raisins. The finish is long, pleasantly warming and elegantly drying, with a light black pepper sweetness, leaving a warm glow with hints of oiled teak. A drop of water elevates the fruit and sharpens the finale, which is now sweeter and still more spicy.

The last in the Paragon of Time Collection is housed in a bespoke, leather-lined wooden cabinet. The 54 layered ridged setting of the decanter display is inspired by the Scottish mountain landscape, amid wood mirroring the 54 years of maturation. The crystal decanter was hand-made by Baccarat in France to The Singleton silhouette, with the intricate copper detail around the neck being crafted by Royal Warrant Holders, Thomas Fattorini.