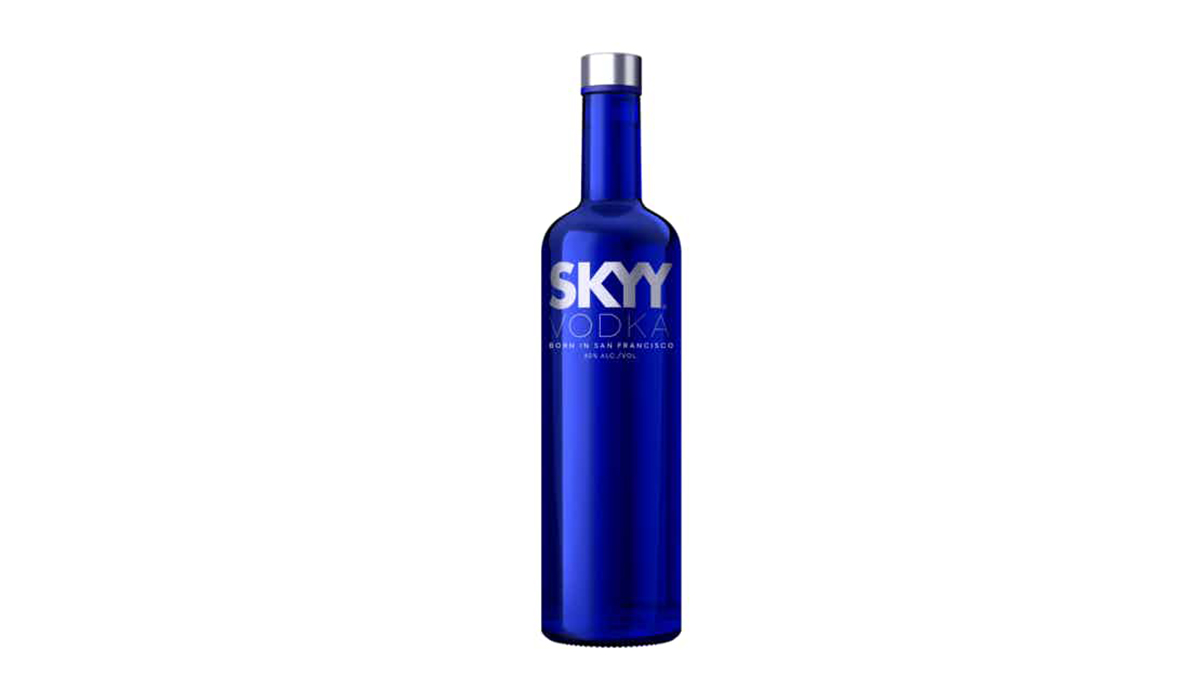 SKYY Vodka was created in an effort to make a better Martini and was one of the first Vodkas made from American grains and water to appear on the market. It’s known for being conegener-free due to its unique distillation and filtration process. It also used to have one of the best slogans around, “Vodka so filtered – we even took the Russia out of it.”

On the nose, citrus and spice mix with notes of light grain. It’s smooth and plush on the palate with flavors of anise and coriander. The finish is peppery and quick.

While the Vodka can certainly be sipped or shot, it was made for being used in cocktails. If you’re looking to mix something up, the company recommends a Molly Brown:

Pour Vodka, apple juice, lemon juice, simple into a shaker with one tarragon sprig and muddle, then shake. Pour the mix into a large rocks glass filled with ice and garnish with mandarined mini-apple and other tarragon sprig.