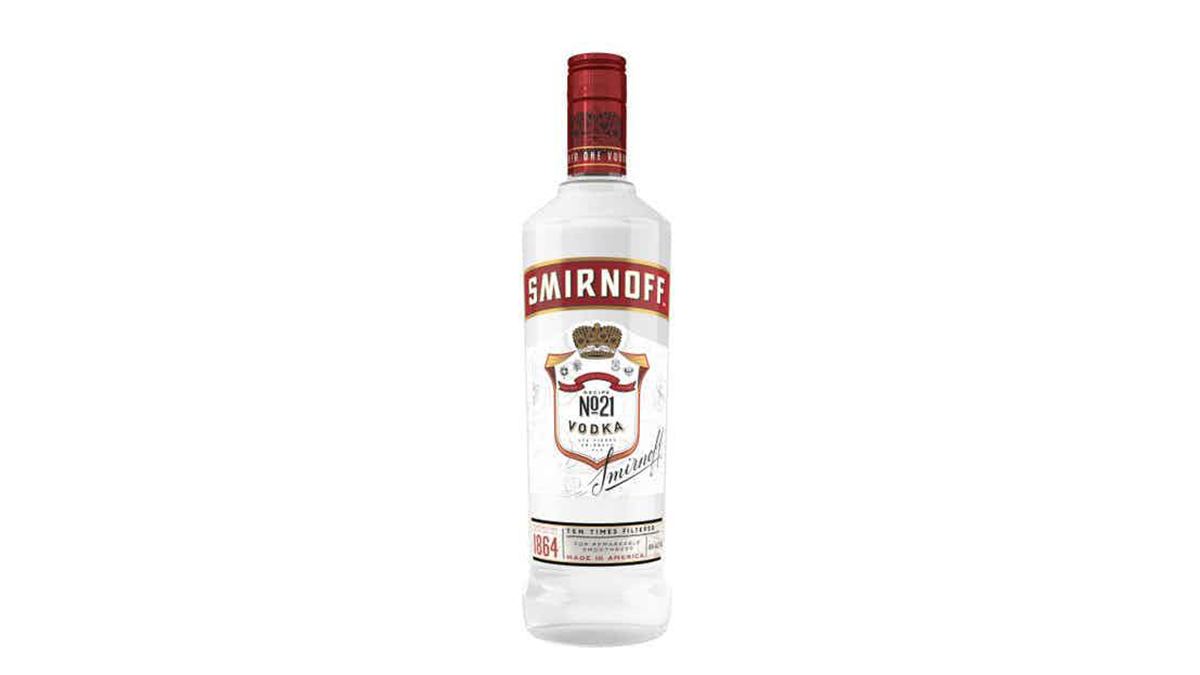 America’s number one selling Vodka, Smirnoff No. 21 Vodka is basically our definition of the clear spirit. Created in Russia and coming to America via France, the Diageo-owned brand’s standard setting product has been made in the United States for more than eight decades.

No. 21 is triple distilled and filtered 10 times It is distilled via continuous distillation made from grain and charcoal filtered. Bottled at 40% ABV, Smirnoff No. 21 has been made with non-GMO corn since October 2018.

Notes of grain spread across the vodka’s fairly neutral nose. On the palate, it is soft with a subtle sweetness. The finish is clean and dry with some spicy notes and touch of fire.

Smirnoff No. 21 Vodka can be enjoyed on the rocks, but also works great in a cocktail. If you’re looking to mix something up, the brand recommends a Hazelnut Espresso Martini:

Combine Smirnoff No. 21 Vodka, hazelnut liqueur, and espresso to a shaker filled with ice. Shake well and strain into a chilled martini glass. Garnish with a lemon twist.

In 1864, Pyotr Smirnov founded his eponymous distillery in Moscow, Russia. However, during the Russian Revolution in 1917, his son Vladimir was forced to flee the country and ended up in France, where he decided to set up a new distillery. He named it Smirnoff, a Franconized version of his last name. In 1936, he sold the right to Rudolph Kunett to sell Smirnoff in the US and Canada. Not long after, the beverage was used to create the Moscow Mule and it popularized the Bloody Mary. Today, the company is owned by spirits giant Diageo.

Smirnoff also makes 90 Proof and 100 Proof versions of their classic Vodka, as well as a various flavored vodka, zero sugar infusions, and ready to drink cans.