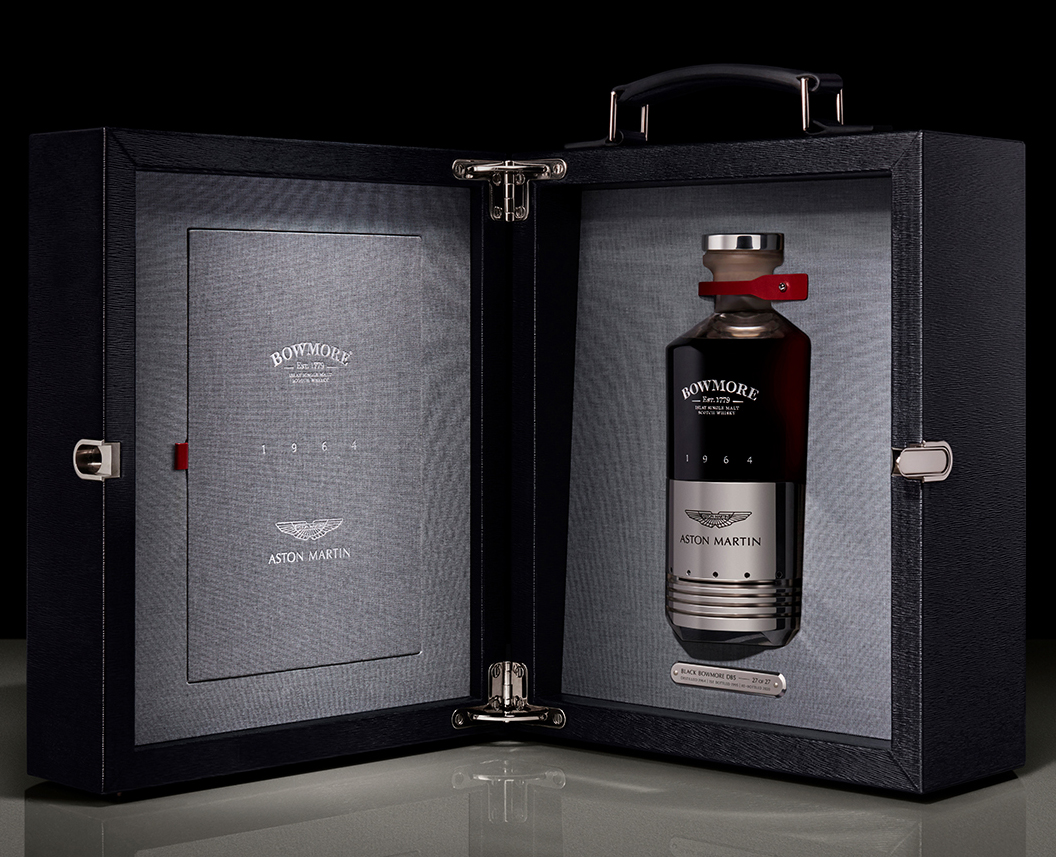 Sotheby’s is auctioning off a bottle Black Bowmore DB5 1964 during its first two-day spirits sale, and it’s expected to sell for up to $200,000. The auction started on February 8 at 9am EST and is set to close to bidders on February 10 at 9am EST.

Released as a collaboration between Bowmore and Aston Martin, Black Bowmore DB5 1964 Scotch Whisky was launched in autumn 2020. The collaborative product from the Islay distillery and luxury car maker was initially priced at £50,000 (US$66,000).

Just 27 bottles of the Whisky were produced, with two remaining in the Bowmore’s archives. The sale of the bottle is expected to fetch between $100,000 and $200,000.

“This rare expression is a high-concept marriage of British craftsmanship,” said Jonny Fowle, Sotheby’s spirits specialist. “The status of Black Bowmore as one of the greatest whiskies ever produced is fundamentally down to its quality and complexity. There can be no more fitting a tribute to such a legend in the world of whisky than this special partnership with arbiters of sophistication, Aston Martin.

“Sotheby’s has set records for both Bowmore and Aston Martin in recent years and we are delighted to offer the first opportunity for collectors to buy this hybrid bottle at auction in our very first 48-hour only sale for spirits.”

Bottled at 49.6% ABV, the Scotch is described as having “intense flavors of mango, passion fruit and acacia honey interwoven with a powerful combination of coffee and tobacco smoke.”

The Black Bowmore Aston Martin DB5 comes in a hand-blown glass bottle incorporating the DB5 piston into its design. The whisky comes in a presentation box created from string-grain calfskin, brass latches and nickel plated hinges.

For both Bowmore and Aston Martin, 1964 was an important year. It saw the distillery install a new boiler, pushing it into the “modern age of distilling” as coal fires were replaced with steam as a means of heating the stills. For Aston Martin, meanwhile, it was in that year that it made its on-screen debut as the vehicle of choice for Sean Connery’s James Bond in the 1964 film Goldfinger.