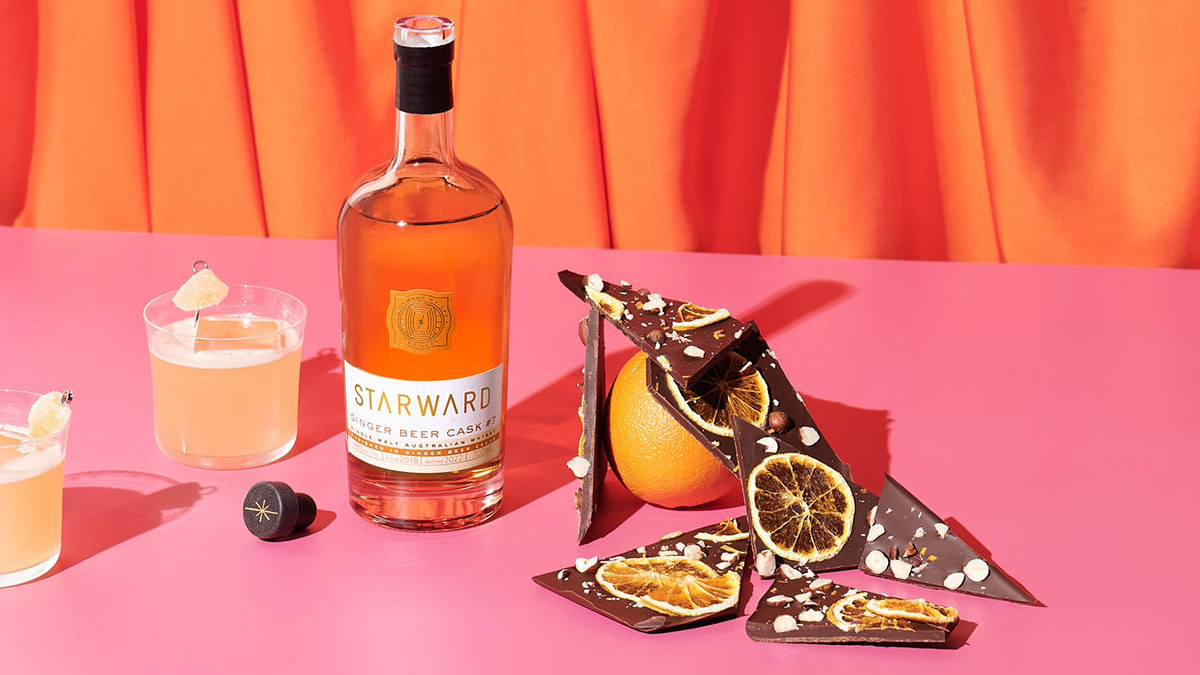 Starward has unveiled the seventh edition of its cult favorite Ginger Beer Cask whisky. The Australian distillery released the sixth iteration of the whisky in May 2021.

For the Starward Ginger Beer Cask #7, the distillery finished its red wine and Apera single malt whisky in American Oak that previously held its spicy, distillery made ginger beer. As for this year’s ginger beer recipe, it was packed with more fresh ginger than ever before and aged in American oak ex-Starward casks, offering bolder vanilla and spice notes.

“Ginger Beer is known for its versatility, vibrancy, and fun. The reason so, is because it came to be from a distillery playing around and experimenting with amazing ingredients. Back in 2014, our distillers put their brewer hats on and had a go at brewing a ginger beer. What expression comes forward each release is purely dependent on what they’ve played with this year. Even when we have a Double Gold medal for a release, like Ginger Beer Cask #6 from the 2022 San Francisco World Spirit Competition, they still try to find a new way to elevate, play or have fun with flavour.”

On the nose, the whisky offers ginger, orange, and dark chocolate aromas. The palate features strong spicy ginger, vanilla, and fresh pineapple, which is balanced by sweet raisins and fig. The finish is big and warm with candied ginger, citrus, and sweet Apera.

The distillery recommends enjoying the expression in cocktails or poured neat.

Ginger Beer Cask #7 will be released in a 700ml bottle for $149 and can be purchased from Starward’s official website and at leading retailers across Australia. Although, if previous Ginger Beer Cask releases are anything to go by, this highly sought-after whisky could be sold out quickly.

Earlier this week, the distillery unveiled Starward Octave Barrels, a new Australian single malt whisky that brings together the best of whisky craftsmanship and Australian winemaking.