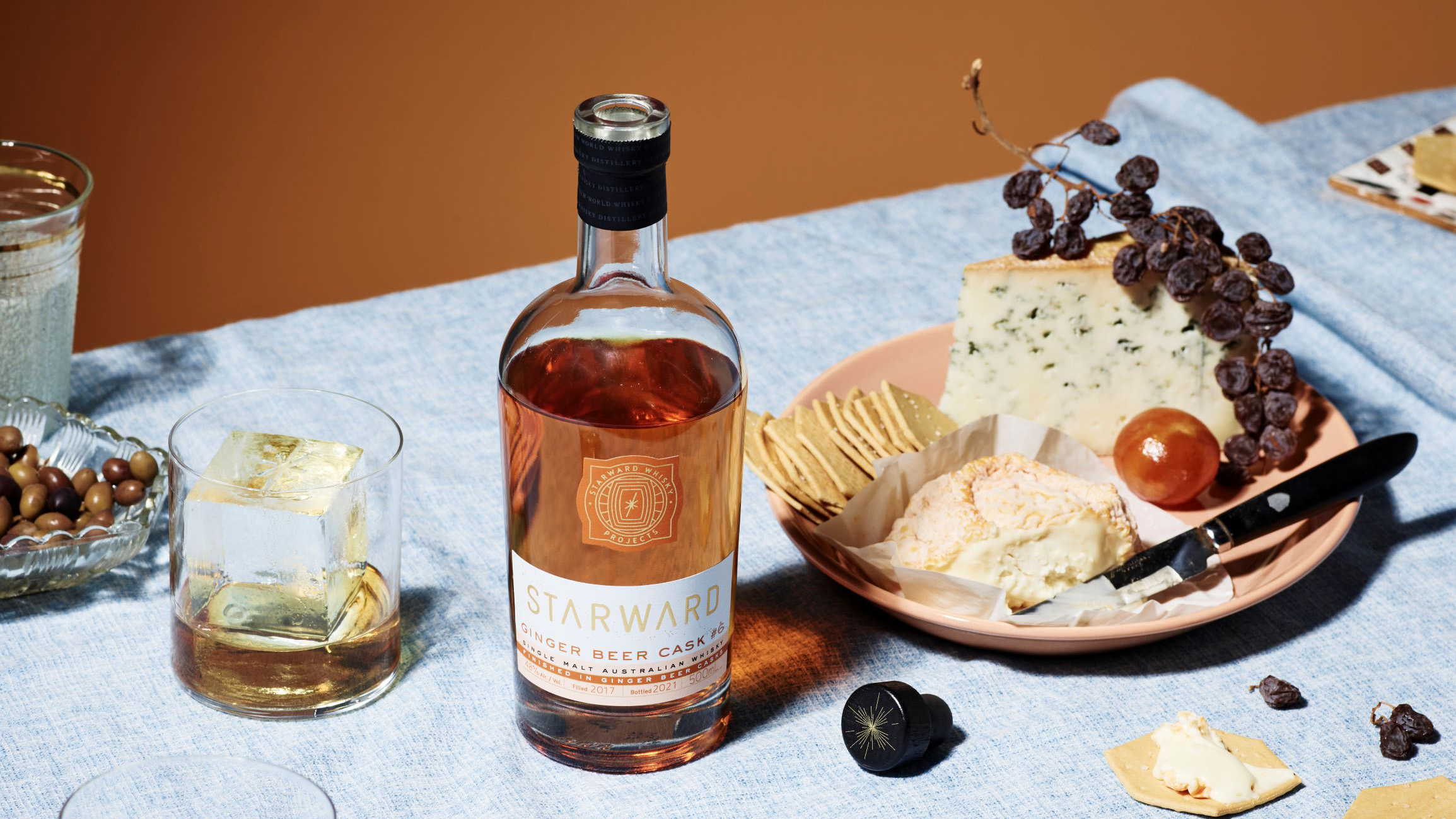 Cult favorite Starward Ginger Beer Cask whisky is back. This will be the sixth batch of the beloved expression released by the Port Melbourne distillery team.

The year’s single malt is “more expressive than ever,” says the brand. Fans can expects citrus peel and spicy ginger along with aromas of dark chocolate and orange. The palate features more ginger, fresh vanilla, and pineapple.

Speaking on the latest Starward Ginger Beer Cask, the distillery’s Production Director, Sam Slaney, said the sixth interpretation had been the team’s most experimental to date:

“Ginger Beer Cask Cask has garnered an almost cult-like following, so the pressure was on to craft yet another standout bottling. The team has seized the chance to experiment and push the boundaries a little further. We started by brewing a fiery ginger beer in French and American oak barrels, at home in our Port Melbourne distillery. We loaded our recipe up with citrus peel and fresh ginger. Once the barrels staves had soaked in the spicy goodness we emptied and then refilled the barrels with a union of Apera and red wine barrel aged single malt whiskies.

“This year’s expression won’t disappoint. It is all ginger, orange and dark chocolate on the nose. The flavour comes swift and surel strong spicy ginger fresh banilla and pineapple. Candied ginger and citrus provide a big and warming mouthfeel that’s been skilfully balanced with the lingering dark fruits sweetness from the Apera and the bright juicy flavors of the red wine barrel maturation.”

Speaking on Starward’s Projects projam, Starward Founder David Vitale said: “ OUr Projects program provides an opportunity to innovate and re-invent the category with interesting flavours and occasions to share whisky. The freedom to experiment and create is a part of Starward’s DNA. It’s a thrill to see the popularity of this yearly release continue to sky-rocket as our distillers and blenders get even bolder with their experimentation,” said Vitale.

Due to the popularity of the annual, one-off release, Statward is implementing a ballot system for purchase. Fans can register their interest via Starward’s official website by Sunday May 9. Winners of the ballot will be notified between the 10th and 14th of May if they have secured an opportunity to purchase.

Starward Ginger Beer Cask will be available in 500ml bottles priced at $119 AUD. Any bottles that are not purchased via the ballot will be made available on World Whisky Day (May 15) via Starward’s online store or onside at Port Melbourne distillery show.

In September, we caught up with Starward Founder David Vitale to dive deeper into Solera, the iconic Australian offering that revolutionized New World Whiskies.