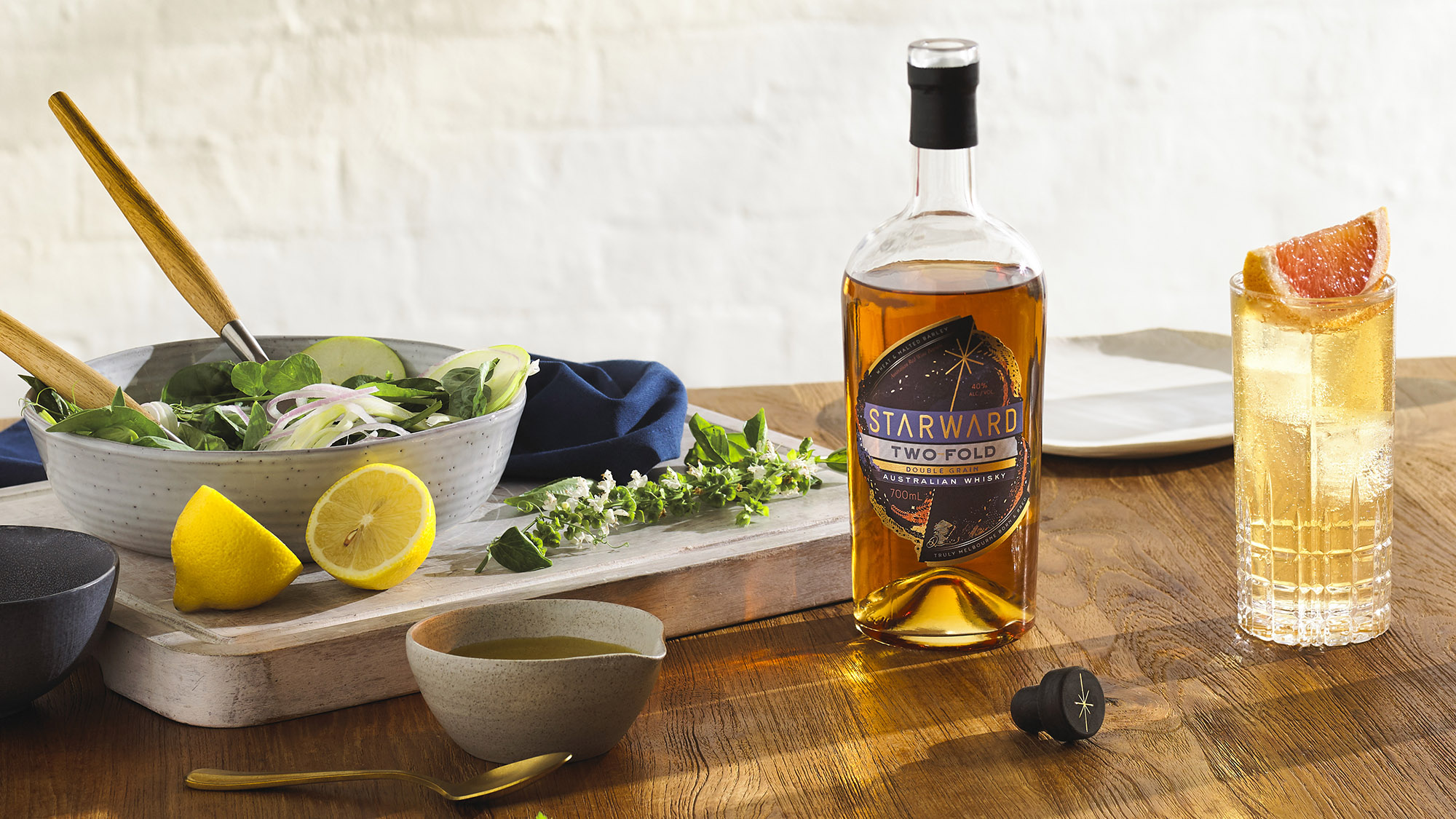 Starward Whisky and the culinary leaders at Michelin have announced a new partnership, which will see the Australian craft whisky pioneers become the Official Whisky Partner of the globally renowned Michelin Guide in North America. As the Official Whisky Partner, Starward will work with Michelin to roll out a 12-month partnership that complements the Melbourne brand’s ethos of being a delicious and versatile whisky, crafted to pair well with food.

Commenting on The Michelin Guide partnership, Starward Founder, David Vitale, said food was an intrinsic part of Starward’s brand philosophy and DNA, and that the independent Australian distillery had set its foundations on crafting an accessible, quality whisky that was made for bold, creative and irrepressibly curious food lovers.

“I grew up in an Italian family in the center of Melbourne, and food was always at the heart of everything I did. We’ve crafted our whiskies to be the most food friendly whisky you’ll ever taste. We’re also fierce supporters of and take inspiration from Australia’s eclectic food and drinks industry, so to partner with a leading organisation such as Michelin, who are equally as enthusiastic, and catalysts of culinary innovation, made a great deal of sense to us. We look forward to the adventures this collaboration will bring,” said Vitale.

Vitale, a self-confessed foodie, was inspired by his hometown of Melbourne, the food capital of Australia, to bring his love of whisky and food to dinner tables across the world. It’s been a success. Starward has become the fastest growing Australian whisky brand as it continues to capture the imagination of a global foodie audience following its launch into the US and its expanding European footprint.

Last year, Vitale spoke to us about the importance of Starward’s Melbourne home and the desire to make a whisky that pairs with food, “I judge the diversity of a city by the vibrancy of it’s cuisine. And Melbourne is quite the melting pot of culture – you see that in the food scene. I’ve always held a view that whisky has a place at the dinner table along-side food the same way beer and wine does. To that end, we’ve created a really versatile, delicious and easy drinking whisky that is as much an ingredient in an easy to make cocktail, as it is a sipping whisky for after dinner.”

It is a significant milestone for the Melbourne-born craft distillery that’s been building a global reputation as the food lover’s whisky. Starward whiskies are fully aged in Australian red wine casks.

For more information about the partnership and participating restaurants, visit the brand’s official website.