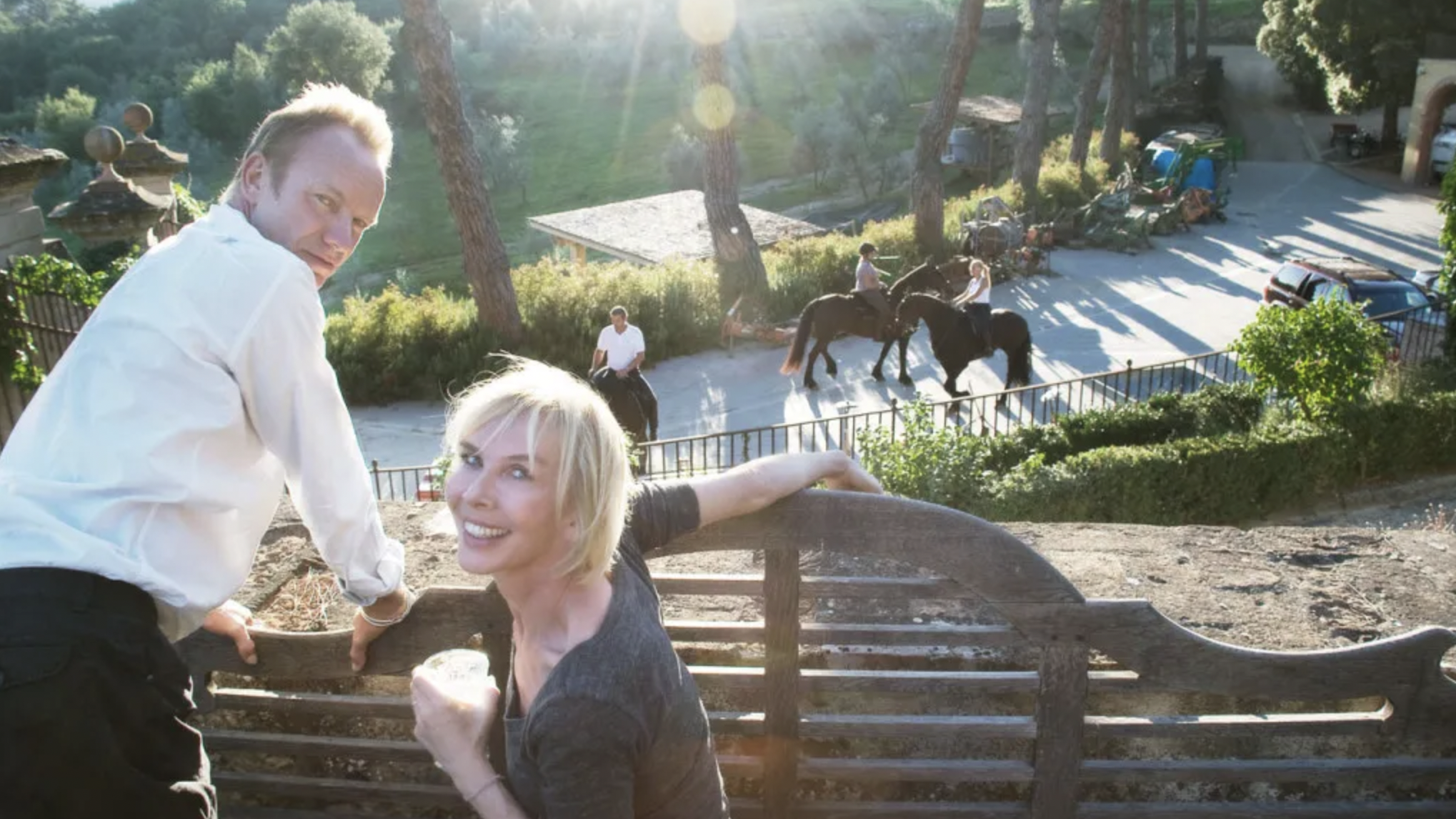 Sting has revealed to Sette Magazine that he was tricked into buying his Italian wine estate, Il Palagio.

As the story goes, the previous aristocratic vineyard owner served the Police bassist a glass of delicious red wine as the singer and his wife were looking for a home in Tuscany. “He offered us a glass of red from a carafe during one of our early visits to Il Palagio,” he told the outlet. “We were negotiating the purchase. We liked the property a lot, even though it was in ruins. The duke asked me if I wanted to taste the wine produced by the estate and I said yes. It was an excellent wine and that convinced me to buy the vineyards as well. It was only later that we found out that the duke had served us a Barolo and not his own wine.”

It wasn’t long, however, until Sting realized he had been duped. “When we served the wine from the estate to our guests, I saw that someone was emptying their glass into a flowerbed,” explained the musician. “It was then that we decided to avenge ourselves and to show that it was possible to produce excellent wine from the vineyards at Palagio. Our whole Tuscan adventure has really been a way of getting our own back,” he revealed.

Sting has since made good on his word, turning Il Palagio into one of Tuscany’s top wineries. In 2016, his Sister Moon wine – a blend of Sangiovese, Merlot and Cabernet Sauvignon grapes – was recognised as one of the 101 best wines in Italy by Wine Spectator.

For more information on Il Palagio, head over to the winery’s official website.

Tuscany is best known for its red wines, as super Tuscans, Brunello di Montalcino, and Chianti have dominated headlines for years, but recently a secret stash of pinot grigio from the region has begun to turn heads.