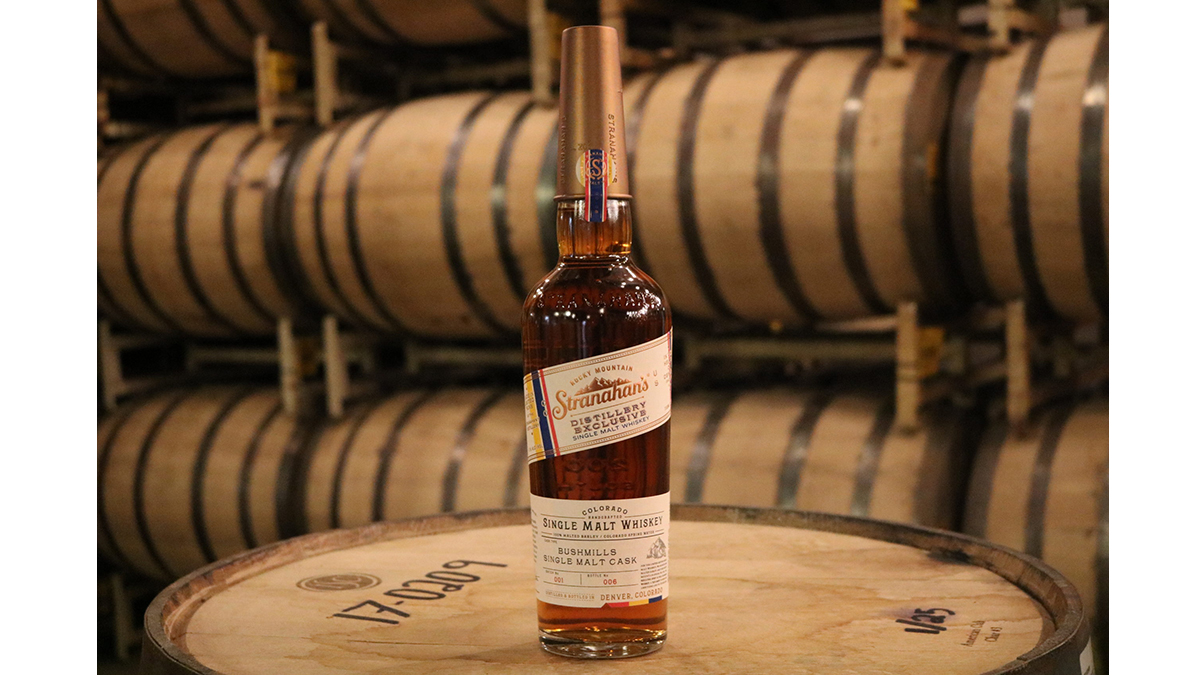 Stranahan’s Bushmills Cask is an American single malt whiskey distilled in small batches and aged a minimum of four years in new American oak barrels with a No. 3 char. Upon completing the aging process, the liquid is transferred to former Bushmills whiskey casks, where it ages for at least another year. The Irish whiskey casks impart notes of butterscotch, cereal sweetness and well-oiled leather.

On the nose, the whiskey offers butterscotch, cereal sweetness and well-oiled leather. The palate features earthy grain flavors that are accented with hints of toffee. The finish has a buttery palate that leads into a light, but long, finish.

Stranahan’s Bushmills Cask is only available at the Denver, Colorado distillery. Bottled at 94 proof, it’s priced at $69.99.

In October, Stranahan’s added Blue Peak Whiskey to its core range. The new expression is named for a 13-thousand-foot peak in Aspen and inspired by the alpine scenery of the Rocky Mountains. It was first matured for four years in 53 gallon, new American oak barrels with a #3 char. It was then finished through the Solera process, a technique most commonly seen in Sherry making.

In September, Stranahan’s introduced Mountain Angel 10 Year Old – the brand’s oldest, rarest release and first 10 year old American single malt. The offering sees the brands pushing the boundaries of American single malt Whiskeys, delivering a unique expression that elevates the entire category. It is comprised of 100% Rocky Mountain barley and Colorado spring water, made in small batches before aging for 10 years in new American oak barrels with a #3 char.