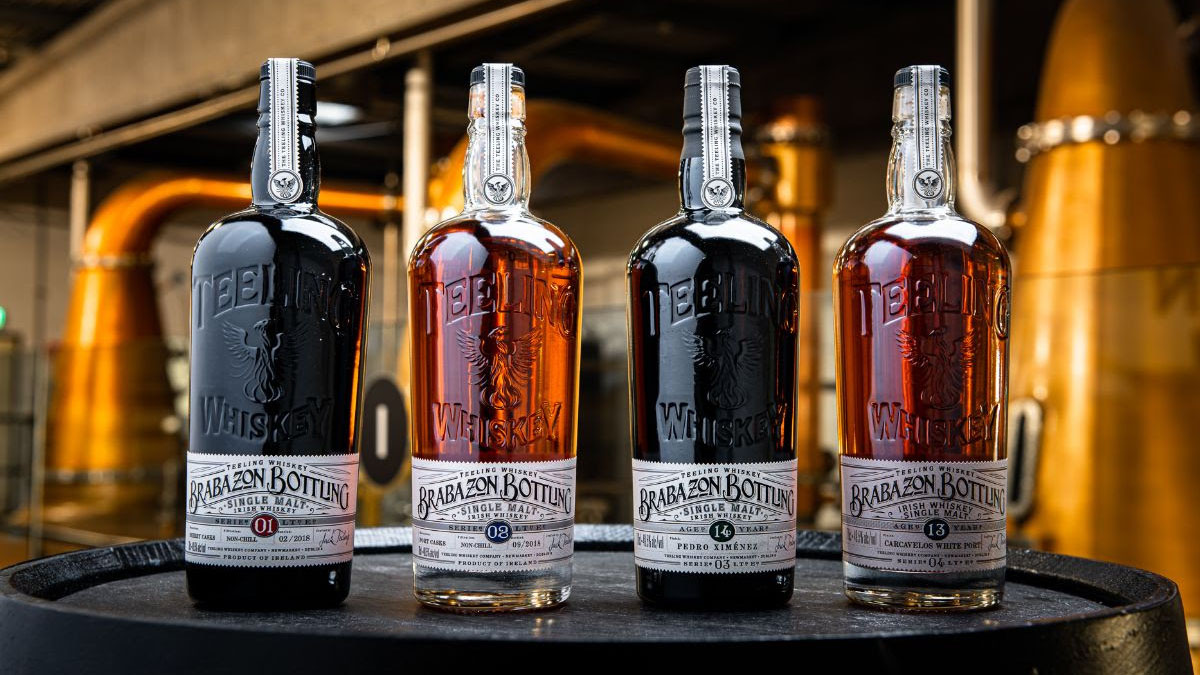 Teeling Whiskey has released the fourth and final Whiskey in its award-winning series of limited edition Single Malts, entitled the Brabazon Bottling, Series 4. This series continues upon Teeling Whiskey’s dedication to creating new and interesting expressions of Irish Whiskey and in particular, expanding the underdeveloped Irish Single Malt category. The Brabazon Bottling Single Malt Series pays homage to the unique and distinct role that fortified wines can have on Irish Whiskey.

For Brabazon Bottling Series 4, Teeling Whiskey sourced barrels used by a long forgotten historical style of Portuguese Port. Carcavelos is a style of Portuguese fortified wine dating back to the 18th century. Produced historically just outside of Lisbon, its wineries have mainly disappeared over the years. Now just 25 acres remain with Carcavelos produced on a very small artisanal scale.

These rare Port barrels were filled with Teeling Single Malt which was distilled in 2007 and left for over two years to impart the full range of flavor and character on the whiskey. The result is a unique 13 Year Old Single Malt Whiskey bursting with soft citrus fruits and distinctive, effervesce style spice.

“Our aim with our Brabazon Bottling Series is to create full bodied tasting experiences for people who enjoy the added complexity and taste that fortified wine maturation imparts,” commented Jack Teeling, Founder and Managing Director of Teeling Whiskey. “We now complete the Series with our final bottling, this time using barrels previously used for a rare White Port, which produces  a very unique expression of Teeling and Irish whiskey. This is a fitting end to our award winning Series which celebrates the combination of old and new as well as highlighting our unique approach to making Irish Whiskey and our spirit of innovation.”

Bottled at 49.5% and limited to 10,000 bottles, Teeling Whiskey Brabazon Bottling, Series 4 is currently available in Ireland and is currently being rolled out in Benelux, France, Germany, Switzerland, Russia, Australia and select Asian markets.

In November, Teeling launched its Wonders of Wood series with an Amburana Cask Whiskey. The Dublin distillery choice to use the Brazilian hardwood cask for the Irish Whiskey came out of its Virtual Wonders of Wood event, which occurred in September.