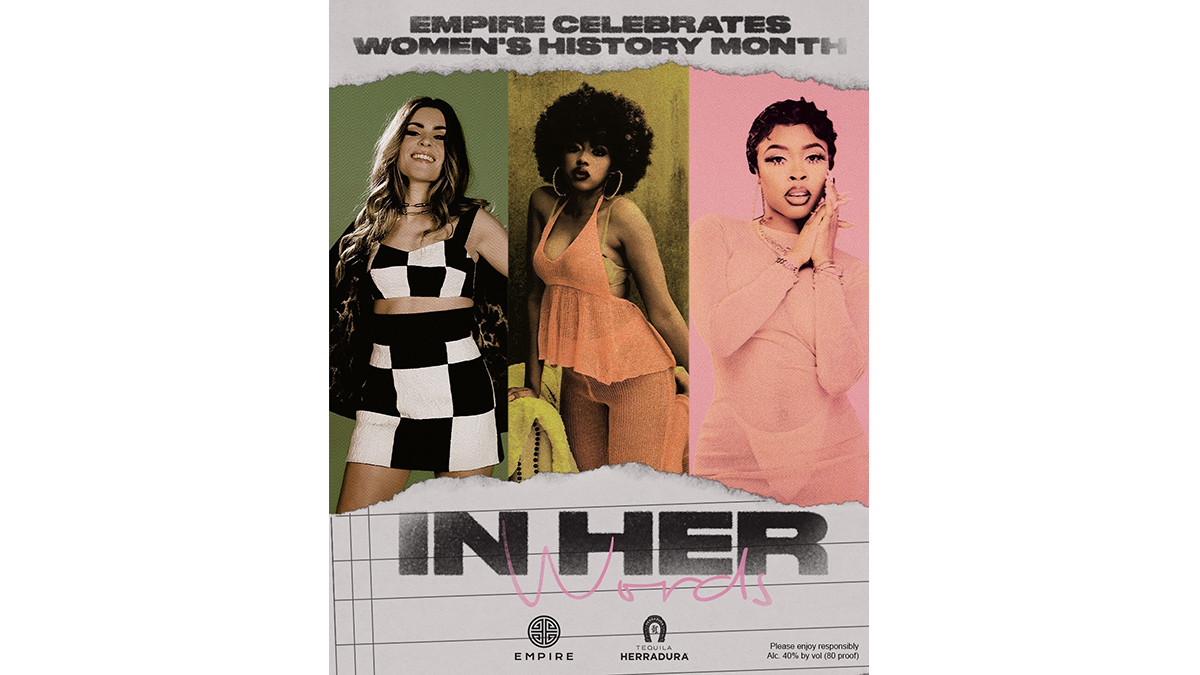 As part of “In Her Words”, the three Empire artists share intimate details about their career journey in a documentary style format, and cheers to all of the special women in their life over custom Herradura cocktail recipes that represent their style and personality. The partnership also includes a donation to the Global Fund for Women, an organization dedicated to gender justice and women’s advancement.

“Empire is one of the most diverse & gender-inclusive labels in the music business,” said Tina Davis, VP of A&R, Empire. “We’ve been able to build an incredible team of women across our organization who are empowering the next generation of independent artists. We’re thrilled to work with a spirit company like Tequila Herradura that understands the unprecedented value women hold in music.”

“Women have played a crucial role through Tequila Herradura’s 150 years history,” added Micah McLendon, Tequila Marketing Manager, Tequila Herradura. “We became the first distillery in the industry to have a woman leading in production and from one generation to another, this has made important contributions to the brand’s legacy, authenticity and spirit of community. Same as we celebrate our people, we couldn’t be more excited to partner with Empire in something that honors the contributions that women make to the music industry.
In October, Tequila Herradura launched a new expression, Legend. The new ultra-premium Tequila from the Brown-Forman-owned brand is a first-of-its-kind Añejo that will be a permanent addition to the company’s lineup. Tequila Herradura Legend is made from the finest 100% blue agave, naturally fermented, distilled and then matured for 14 months in heavily charred, new American White Oak barrels.