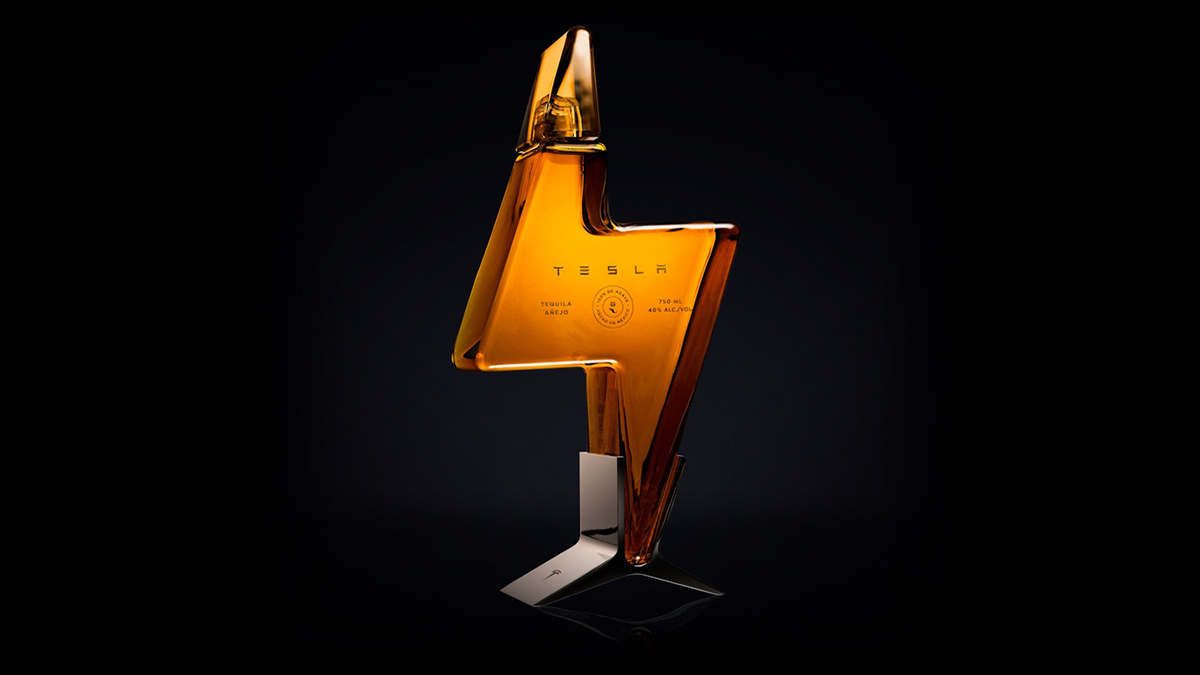 Tesla has finally made its debut in the spirits world with the release of Tesla Tequila. The new offering will be priced at $250.

The new offering from the automotive company is “an exclusive, small-batch premium 100% de agave tequila añejo made from sustainably sourced highland and lowland agaves. Aged for 15 months in French oak barrels and into a hand-blown glass bottle, Tesla Tequila features a dry fruit and light vanilla nose with a balanced cinnamon pepper finish. Best enjoyed as a sipping tequila,” according to the official website.

Tequila maker Nosotros produced the new Tesla Tequila, which is being sold by Speakeasy Co, an e-commerce platform based in California. It comes in a hand-blown glass bottle that is shaped like a lightning bolt.

Bottled at 40% ABV, the Tequila is available in select U.S. states for purchase via the website, but is “temporarily” out of stock. Deliveries are expected to begin in late 2020.

Back in October 2018, Tesla CEO Elon Musk first revealed plans to launch a Tequila. He even went as far as to register the name ‘Teslaquila’ with the US Patent and Trademark Office.

The connection between new luxury spirits and high-end automobiles has been having a somewhat surprising renaissance in 2020.

Back in August, Bowmore and Aston Martin launched their first collaborative whisky: Black Bowmore DB5 1964. Last year, the Islay Scotch brand and the British luxury automaker announced they were working together to create exclusive bottlings and experiences, and this single malt Scotch Whisky is just the first release from the partnership.

The 31-year-old Whisky was aged in a first fill Williams & Humbert walnut brown Oloroso Sherry butt and comes in at 49.6% ABV. Only 27 bottles have been made, making it one of the more exclusive expressions on the planet. Black Bowmore DB5 1964 will be available beginning in late autumn 2020 for a price of £50,000 (about $66,000 USD), a touch more than Elon’s Tesla Tequila.