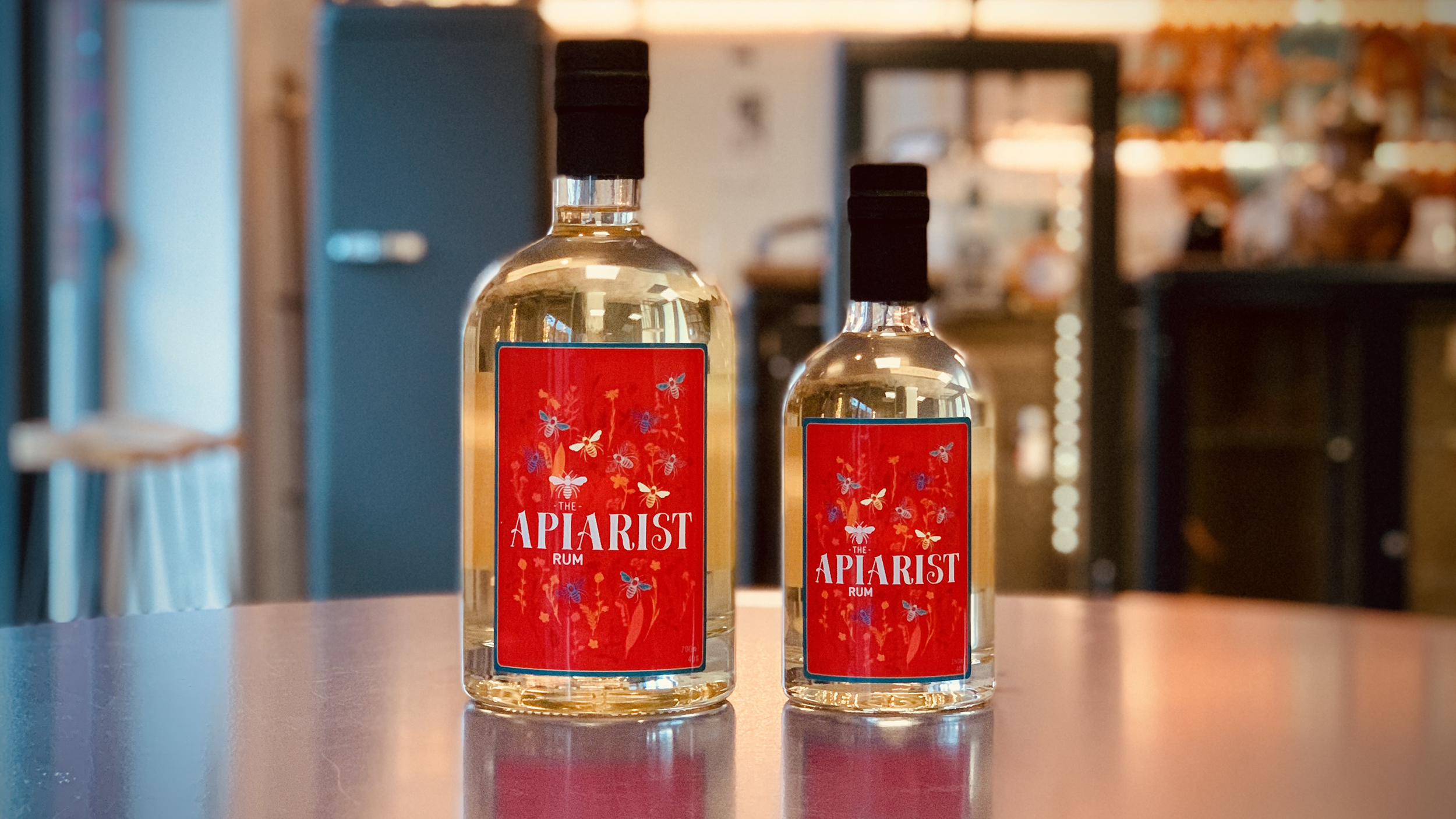 Honey-infused spirits brand The Apiarist has expanded its core collection with the introduction of a 100% British rum.

Created by beekeepers Alex and Natalie Conti, The Apiarist Rum is the brand’s third product line to be released, following the original honey-infused Apiarist Gin and its pink successor, the Forager Edition, which launched in October 2020 and January 2021 respectively.

The new offering is said to marry “technology and tradition in a perfectly balanced and rich new rum.” On the nose, it contains a subtle yet complex range of aromas including vanilla, almond, light oak, and hints of lemon. It is “rapid aged” to the equivalent of a three-year barrel aged rum using the latest technology.

Blended with the highest quality honey from Alex and Natalie’s own apiary in the cathedral city of Lichfield, UK, The Apiarist Rum displays a light golden appearance and a round flavor that gives way to a soft and nutty palate, reminiscent of a Cuban white rum.

“After being left with a surplus of honey following an expansion of our home apiary last spring, we embarked on the production of a small batch of honey-infused gin and The Apiarist Gin was born, delivering rich, sweet honey notes balanced with vibrant lemon and dry tea flavours,” said Alex. “Months later, we created a ‘Forager Edition’ of the spirit, containing the same rich, sweet honey base, but finished with a special ‘forager’s tea’ including blackberries, elderberries, wild strawberry leaves and apple, giving the gin its natural pink hue.

“These two lines have proved hugely popular, and we have been receiving orders from all around the country. To maintain customer interest and demand, we have expanded both our operations and product range with the launch of The Apiarist Rum.”

The Apiarist Gin is currently stocked in numerous bars and restaurants across the West Midlands including The Spirit Works, Swinfen Hall, The Trooper, Harborne Kitchen and Michelin starred Purnell’s.